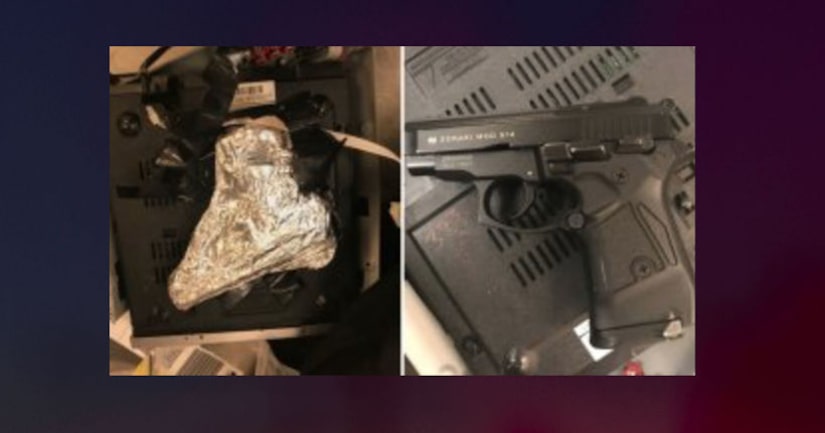 As TSA officers examined the bag, a DVD player was found inside, TSA officials said.

Port Authority Police were notified about the discovery, and the man was tracked down at the gate, waiting for his flight to Mexico, TSA officials said.