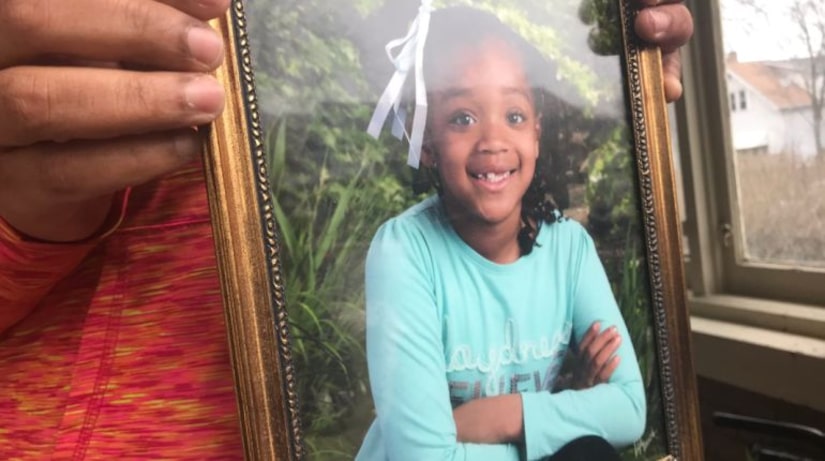 MILWAUKEE (WITI) -- An 11-year-old girl was recovering Wednesday, April 17 after being struck by a stray bullet Tuesday night. The bullet, lodged in Shamariona McCloud's back, may be there for the rest of her life.

"It's just a shame innocent kids can't even sit in their house and play," said Cierra McCloud, Shamariona's mother.

Cierra McCloud spoke with FOX6 News Wednesday -- dealing with a situation no parent should ever have to face.

"She was just over here for Easter break and I got a call saying my daughter got shot," said Cierra McCloud.

Cierra McCloud's daughter was in her grandparents' kitchen when bullets pierced the walls and window.

"It went through her shoulder, and now it's stuck in her lower back, and it's going to be with her for the rest of her life," said Cierra McCloud.

Cierra McCloud is pregnant -- and was trying to stay strong.

"I'm trying so hard not to cry, because everybody asking me to be strong, but I'm just asking everybody, can you please stop? Please?" said Cierra McCloud.

Cierra McCloud said it just didn't make sense to her, her mother and her stepfather, who just moved to the neighborhood.

MORE: 'My baby didn't deserve this:' Mother begs someone to come forward after 11-year-old shot - WITI