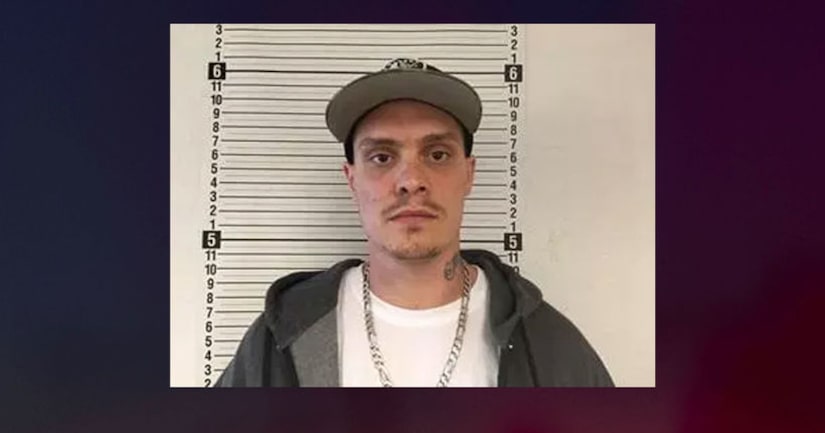 KALAMA, Wash. (KCPQ/AP) -- A gunman who authorities say shot and killed a sheriff's deputy in rural Washington state was the half-brother of a man who killed an Oregon police chief eight years ago.

Butts was the half-brother of Daniel Butts, 29, who pleaded guilty last month to killing Police Chief Ralph Painter in 2011 in Rainier, Oregon, just across the Columbia River from Cowlitz County, The Oregonian reported.

Daniel Butts is serving a life sentence with parole possible after 49 years. He grabbed Painter's sidearm and shot him in the head during a struggle at a car stereo shop.

Matthew Veatch, 25, an acquaintance of Brian Butts, was arrested after the shooting for investigation of helping Butts escape. He told investigators he heard a gunshot from his home and that Butts showed up there minutes later, The Daily News of Longview reported, citing a police statement filed in court in support of Veatch's arrest.

Butts "appeared dirty and stated he needed to get out of there," and he gave Veatch a handgun to "get rid of," the statement said. Veatch put the gun in a locked gun cabinet in his room, he told officers, and he led Butts on foot through the dark woods for several hours until they reached an abandoned barn, where they separated.

Along the way, Butts told Veatch he shot an officer, the document said.

The deputy died during surgery at a hospital in Vancouver, across the Columbia River from Portland, Oregon. Veatch is being held on $50,000 bail and is scheduled to be arraigned April 30.

Brian Butts served five years in prison beginning in September 2012 for drug-related convictions, the Washington State Department of Corrections said. He was then on a year of post-prison supervision, ending in October.

An autopsy for was set for Butts Tuesday night. Investigators said he was armed as he emerged from the woods, but they didn't know yet if he shot at officers during the manhunt.