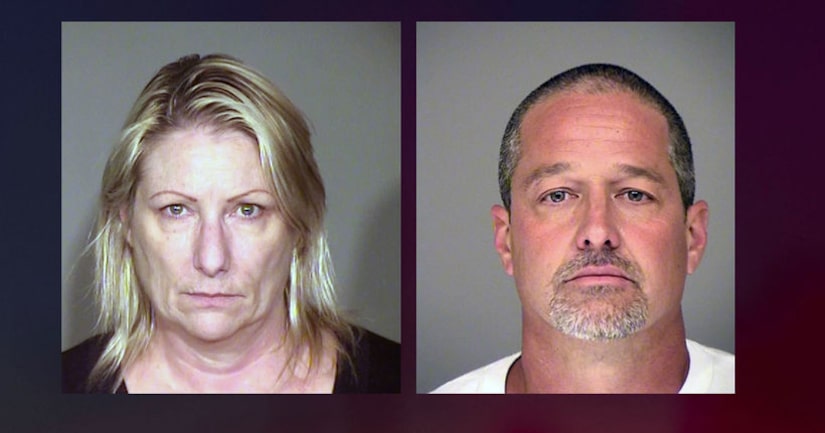 SIMI VALLEY, Calif. (KTLA) -- A woman pleaded guilty in the killing of a Simi Valley woman who was smothered to death during a burglary almost 10 years ago, the Ventura County District Attorney's Office said in a news release Tuesday.

The killing happened in January 2009 when Janice Richardson, 52, was found dead inside her home on the 1700 block of Stow Street. At the time, she appeared to have died of a drug overdose, according to authorities.

Around two months later, the Simi Valley Police Department received information that led investigators to believe that the victim had of died of asphyxiation rather than a drug overdose, police said.

An investigation found that Idee Sholz, 57, and Glenn Sires, 43, had entered the victim's home “to steal items related to narcotics sales and identity theft” and an altercation ensued, Simi Valley Police said.

The suspects smothered Richardson to death and staged the killing as a drug overdose, according to the DA's office.

The two were arrested in 2016, along with a third suspect, Ronald Scholz, who later pleaded guilty to a burglary charge, authorities said.

A jury found Sires guilty in 2018 of one count of second-degree murder for Richardson's killing and he was sentenced to 15 years to life in prison, authorities said.

Sholz pleaded guilty to one count of second-degree murder and is also facing 15 years to life in prison. She is expected to be sentenced on June 12 at a Ventura County court, according to the news release.