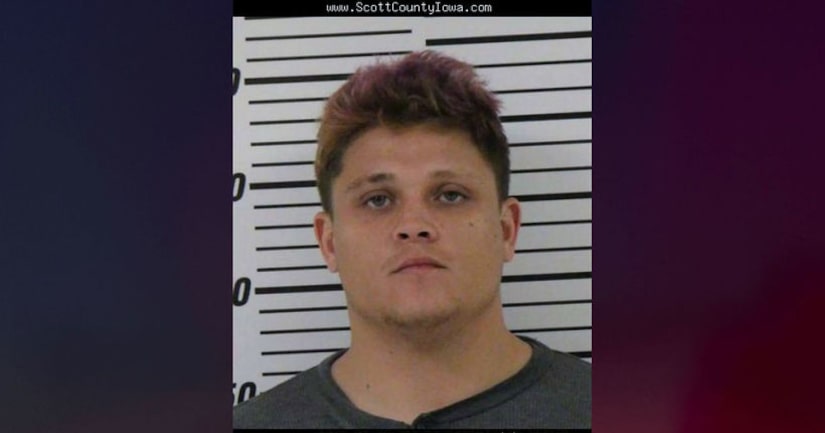 DAVENPORT, Iowa (WQAD) -- A man is facing five criminal charges after an argument at home devolved into several alleged assaults on Sunday, April 14.

Police were called to a disturbance at the Kwik Shop at 303 W. Locust St. at 9:16 p.m, according to a press release. When they arrived, they found a store clerk had been injured with a stun gun.

Officers discovered Jacob Mitchell, 27, of Davenport, had gotten in a fight with his mother's boyfriend at her residence. Police say Mitchell had a knife and possibly assaulted the boyfriend. Mitchell's mom tried to break up the fight, but he ended up striking her multiple times in the face and head. She ended up with minor injuries.

Mitchell also damaged a 75-inch TV in the home worth $700. His mother's boyfriend fled the scene before the police arrived.

Mitchell then ran to the Kwik Shop and assaulted a female clerk with a stun gun, according to the release. He tried to used it on a second female employee, but she got away.

Police managed to arrest Mitchell when they arrived. He now faces five charges including domestic assault, going armed with intent and criminal mischief.