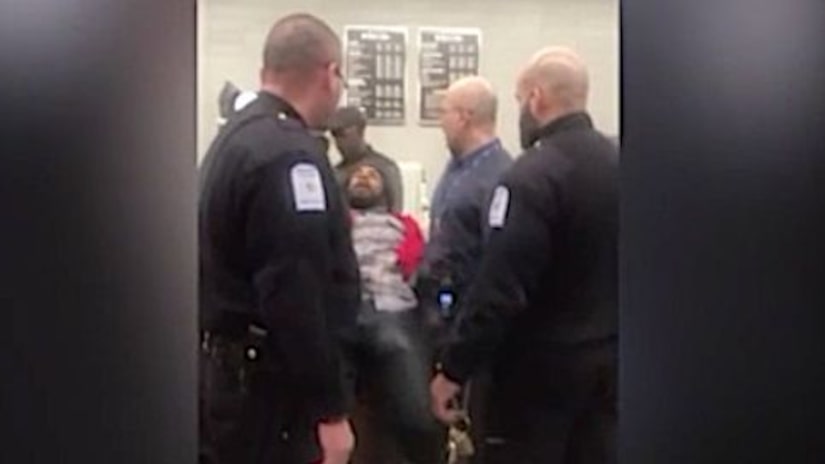 Although Barnard and Columbia are not the same university, they share facilities and students often move between the campuses across the street from one another. Alexander McNab was pinned down at Barnard's Milstein Center for Teaching and Learning on Thursday evening

“I saw that someone had posted about an hour ago about there being some food at the Milstein Center,” said McNab. “So I decided to come over to Barnard's campus to see if there was any food left."

School policy dictates that anyone entering Barnard needs to show an ID after hours, a policy that students say is rarely enforced for white students.

When he refused to show his ID - the officers held him down.

"There were other people, even people that we talked to that night, and also there was a listening session held the day after, some students spoke who said they came in after I did and were not stopped by anybody," McNab said.