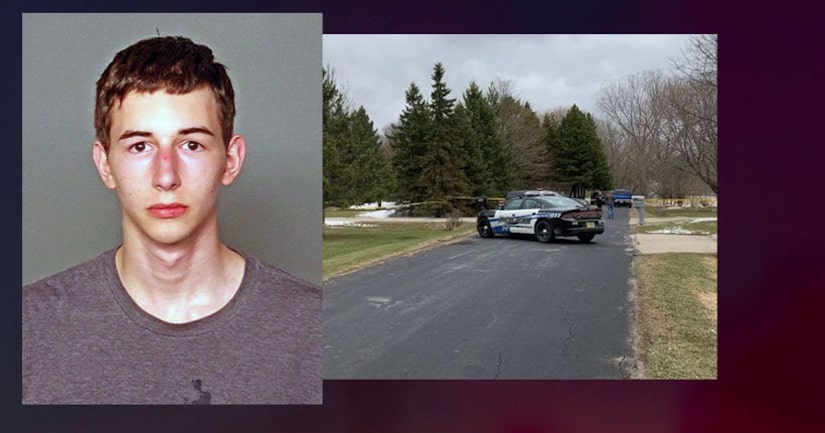 Grand Chute Police identified the suspect as Alexander Kraus, 17. Police said they are his grandparents.

The 17-year-old told investigators that he fatally shot the elderly couple and was planning to cause harm at his high school in eastern Wisconsin, police said Monday.

Police officers responding to a 911 call for assistance found the bodies of the man and woman, identified by Grand Chute Police as 74-year-old Dennis Kraus and 73-year-old Letha Kraus, at their home in Grand Chute about 11:30 a.m. Sunday, April 14, Officer Travis Waas said.

Kraus was being held in the Outagamie County Jail and was not immediately charged. Police said in a news release that he could be charged as an adult with two counts of first-degree intentional homicide.

GRAND CHUTE, Wis. (WITI/AP) -- Police have arrested a high school junior in the killing of two people at a home in eastern Wisconsin.

Police officers found the victims at the house in Grand Chute during a welfare check Sunday. The 17-year-old boy was arrested at the home.

The teen is being held at the Outagamie County Jail on suspicion of first-degree intentional homicide.

Authorities haven't released the victims' names, but police said in a news release that the teen knew them. No information has been released about how they died.

Neenah Joint School District said in a statement Monday that the student also planned to cause harm at the high school.