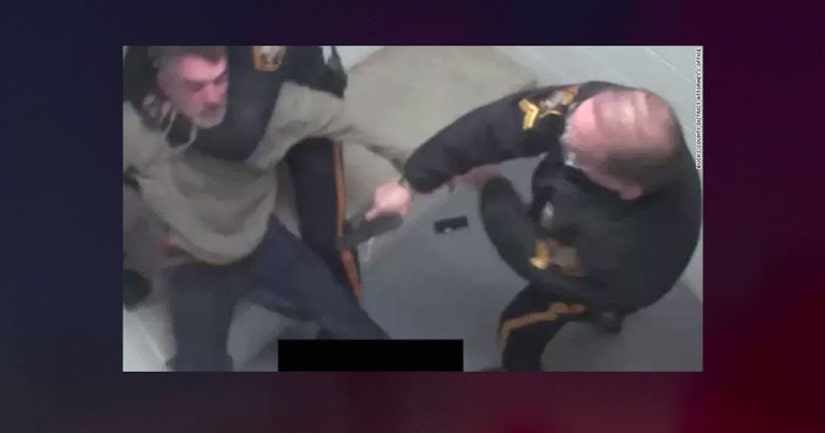 BUCKS COUNTY, Pa. (WNEP) -- A small-town Pennsylvania police officer will not face charges after shooting an unarmed man during a struggle because the officer honestly believed at the time he was using his Taser, not his service weapon, the Bucks County District Attorney's Office said in a statement.

District Attorney Matthew Weintraub said the March 3 shooting was “was neither justified, nor criminal, but was excused,” according to the statement posted on the DA's office website.

“Weintraub said the law excuses the shooting officer's conduct from criminal prosecution because of his 'honest but mistaken' belief he was deploying his Taser at the time he discharged his service weapon,” the statement said.

The wounded man, Brian Riling, was hospitalized in critical condition for several days after being shot in the stomach but has since been released, the statement said.

The New Hope officer, who was not identified because he wasn't charged, was placed on paid administrative leave and retired from the department April 10, the statement said.

The investigation conducted by detectives employed by the DA's office was partly based on a video shot inside a holding cell in the police station in New Hope, a town of 2,500 people about 40 miles north of Philadelphia.

Riling was in police custody after being charged March 3 with intimidation and retaliation against a victim, simple assault and related offenses stemming from an incident on the same day, the district attorney's statement said. He was also charged with burglarizing the same victim's home in mid-February, the statement said.

The video shows Riling removing his belt inside the cell at an officer's direction when a white, rectangular object falls from his pants to the floor. Riling puts his foot on the object. The DA's statement said the object was “consistent with a drug baggie.”

The video shows the officer pushing Riling onto a concrete bench but Riling resists and the men struggle. The DA's statement said Riling threw the object into the toilet, but the toilet is not visible in the video.

A second officer entered the cell to help the first officer. While holding his service weapon in his right hand, the second officer yells “Taser” and shoots Riling in the stomach, the video shows. The two officers leave the cell for a moment. The DA's statement says Riling flushes the toilet during this time, but the toilet can't be seen.

The first officer comes back into the cell and at first orders Riling to get onto the seat. But Riling lies on the floor, saying, “I don't want to die, dude,” and “Why'd you shoot me? Are you kidding me?” Later he asks, “What the [expletive] is wrong with that guy?”

The officer who shot Riling was aware of Riling's “criminal episodes” before the shooting and heard Riling make violent threats during a phone call with the “previously mentioned victim,” the statement said.

The statement mentions a section of the Pennsylvania Crimes Code which says a person has a defense to a criminal charge if he makes a mistake for which there is “a reasonable explanation or excuse.”

The DA's statement said the officer violated a department policy by wearing the Taser on his right side, in front of his firearm, instead of on the “non-dominant side, in what is known as a cross-draw position.”

That policy violation didn't constitute a violation of law, though, the statement concludes.