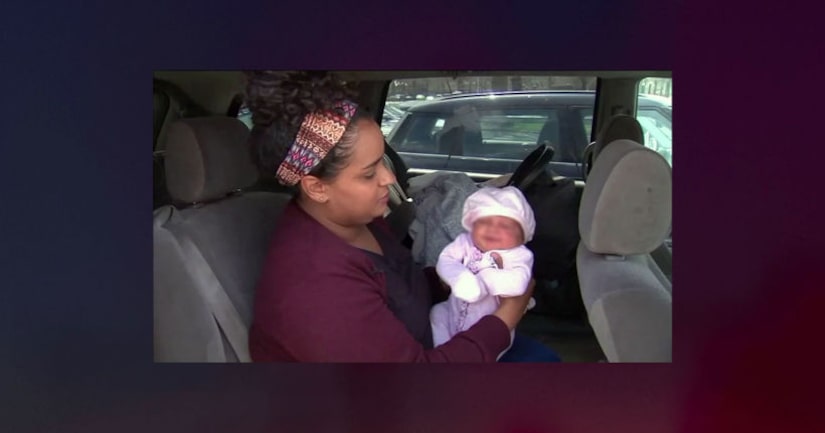 MIDTOWN, N.Y.C. (WPIX) -- A Manhattan woman said she was given a $115 ticket while breastfeeding her baby in the backseat of her SUV.

Guillermina Rodriguez told PIX11 she was driving when her 3-week-old daughter started crying and needed to be fed.

Rodriguez said she pulled over on 8th Avenue, between 30th Street and 31st Street, in a no-standing commercial zone, just down the block from Penn Station in midtown.

While she was breastfeeding her daughter in the backseat, Rodriguez said a traffic officer pulled up with a tow truck, without looking to see if anyone was inside. She honked her horn to alert the officer that the car was not empty, she said, before taking cellphone video.

“I showed him the baby and my breast, and I'm like, 'I'm breastfeeding the baby.'”

She said the officer said nothing, left the ticket on the windshield, and walked away.

Rodriguez said she plans on fighting the ticket.

PIX11 did talk with police about the incident, who said the traffic agent issued the ticket before he realized anyone was in the vehicle.

It's still unclear if the ticket will be dismissed.