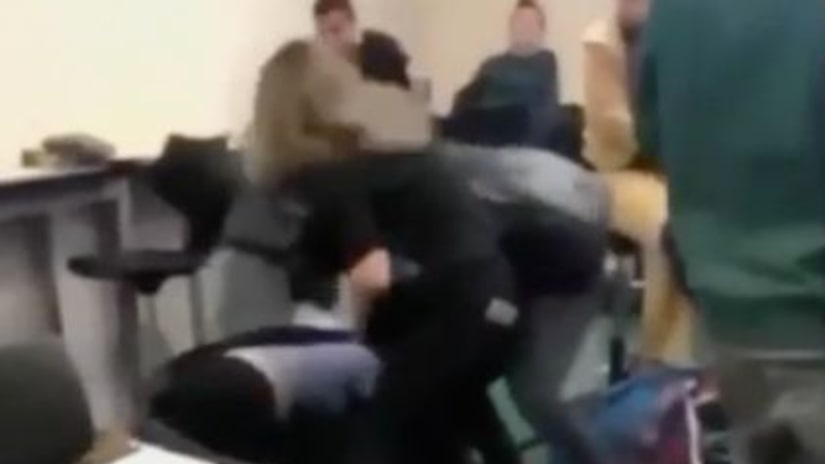 EAST BRUNSWICK, N.J. -- (WPIX) -- The grandfather of a white teenager facing charges in what school officials say is a “bias” attack against a Muslim student, said the two girls had an ongoing dispute, and that the fight was not racially motivated.

The junior from East Brunswick High School was charged with Simple Assault, Harassment, Cyber Harassment and Disorderly Conduct, but not with a hate crime.

The fight took place Wednesday morning between two students at East Brunswick High School in New Jersey and was caught on cell phone video by another student.

During the fight the white student allegedly pulled the hijab off the Muslim student.

"She does have a temper and doesn't know how to express herself at times, but she's a good kid," said the grandfather who asked we not use his name. "She's been brought up good, she's not racist most of her friends will tell you she's not racist."

So many community members showed up for a Board of Education meeting Thursday night that at one point there were more people waiting in the hallway than the room where the meeting was taking place.

Some of them were angry that school officials did not plan ahead for what was anticipated to be a meeting with a larger-than-normal turnout.