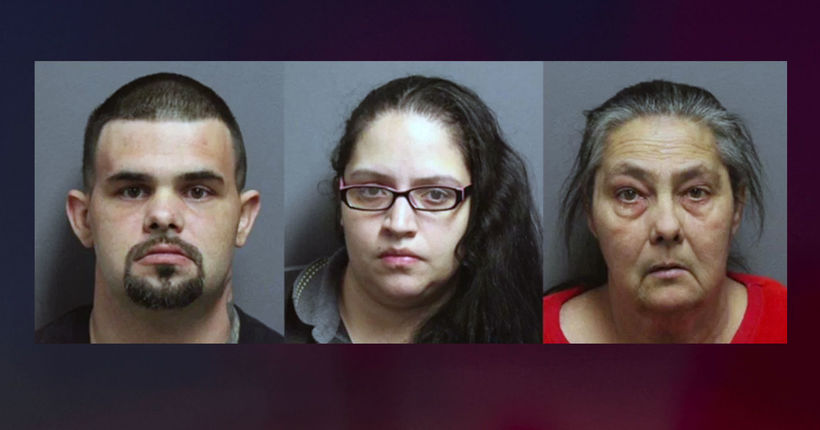 A father, stepmother, and grandmother are charged with tying a child to a bed with a belt, making her eat off the floor and other horrific acts.

Plymouth police arrested all three suspects Wednesday and there are two children involved.

Police say Ortmann abused her 9-year-old granddaughter inside a home on Gould Street in Plymouth and her parents Law and Magana let the abuse happen. All three are facing child abuse charges.

Colorado woman charged after driving off embankment with child: Sheriff