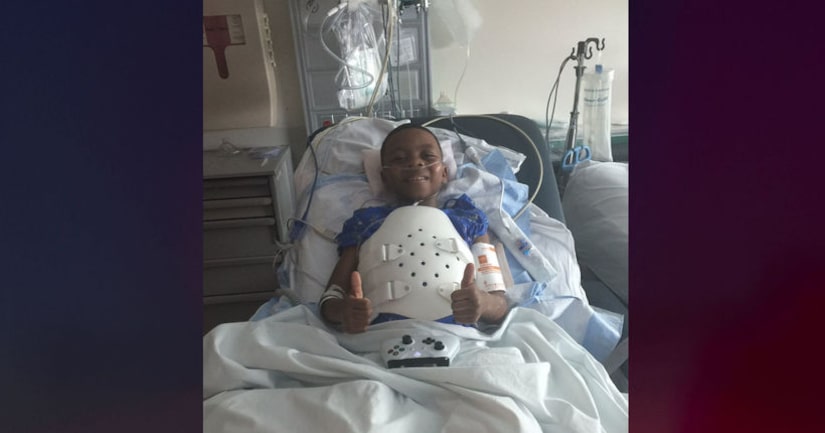 CHICAGO (WGN) -- The mother of an 8-year-old boy shot at a baby shower in West Englewood on Saturday spoke to WGN as her son continues to recover at the hospital.

Mekhi McGruder, the 8-year-old that was shot while at the baby shower, was doing much better at Comer Children's Hospital as of Wednesday. His mother, Miranda Randle-McGruder, said he still has a long road to recovery but he's no longer in critical condition and he's being moved from the pediatric ICU to a regular room.

His parents broke their silence on Wednesday because they wanted to get a few things straight about what happened the night of the shooting.

People were gathered outside a house near 63rd and Seeley around 6:30 p.m. Saturday when witnesses say a red Chevy Equinox drove down 64th street, and someone inside shot at the group.

Wednesday was the first time Randle-McGruder left her son's side since the shooting.

“The first day they were saying it was touch and go, second day they were like, 'We're going to take the tube out,' third day he's sitting up, today he was just playing a video game,” she said.

Mekhi and his mother were attending a cousin's baby shower. Randle-McGruder was the first to get to her son after he was shot. She said she knew she needed to remain calm and tend to her son.