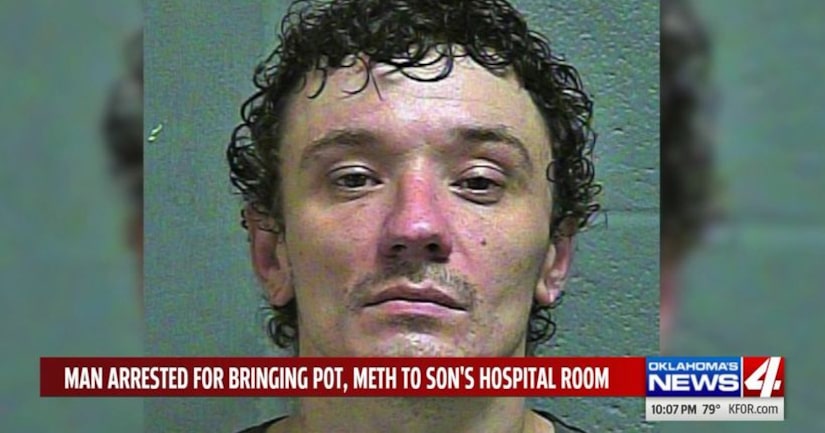 OKLAHOMA CITY (KFOR) -- Police say marijuana and meth were found in the hospital room of a boy being treated for cancer, and the boy's father admits to News 4 the drugs were his.

Ricky Ketchum was arrested by police on the 10th floor of OU Children's Hospital after a nurse called to complain about "the odor of burned marijuana coming from a cancer patient's room."

According to the police report, Ketchum said he had marijuana on him and didn't have a license to carry the drug.

The officer asked Ketchum if he had anything else illegal on him.

The father replied "Yes, I have some meth in my pocket".

Police searched his bag in his son's hospital room and found, "a syringe containing a clear liquid, a digital scale with white residue on it, a bent metal spoon with a heavy white crystal residue on it, and a rubber pipe".

Police said the drugs tested positive for methamphetamine and THC.

New 4 reached out to Ketchum for his story of what happened.

He said he went outside to smoke a joint and came back to nurses calling the cops.

Ketchum was booked in the Oklahoma County Jail on several felony drug charges.

"Yes I realize and yes I know it sounds horrible but sometimes when people are going through crap and aren't at their full capability, that's probably what was going on this situation," Ketchum said.