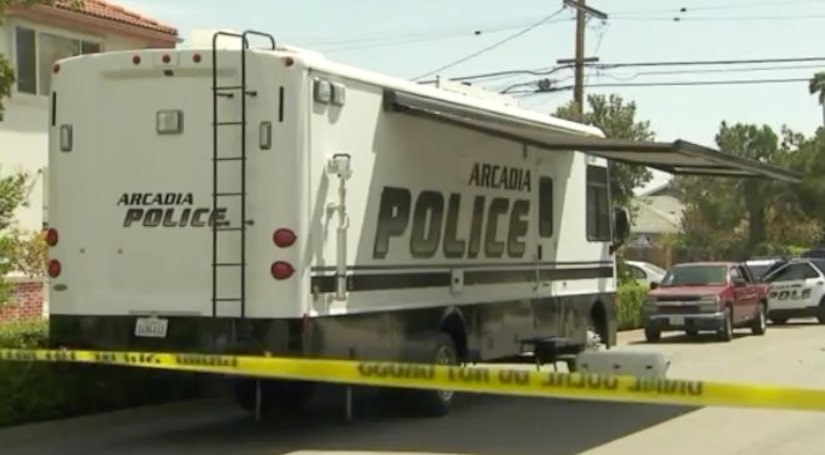 ARCADIA, Calif. -- (KTLA) -- A woman who was found dead in an Arcadia backyard Tuesday morning was the victim of a homicide and authorities are now looking for her stolen Lexus, according to the Los Angeles County Sheriff's Department.

Arcadia police responded to the scene in the 300 block of East Forest Avenue about 7 a.m., officials said, though there were conflicting reports from authorities as to when the body was found.

Investigators have information indicating the woman was alive Monday night, but a member of a construction crew working at the home found her dead Tuesday morning, Sheriff's Sgt. Richard Biddle said.

In an updated "special bulletin," sheriff's officials said the victim's car, a white 2005 Lexus RX 300, was stolen "at the time of her murder." The license plate number is 5LOG473.

Officials described the victim as a 76-year-old Asian woman. Her name was not being released, pending the notification of her next of kin.