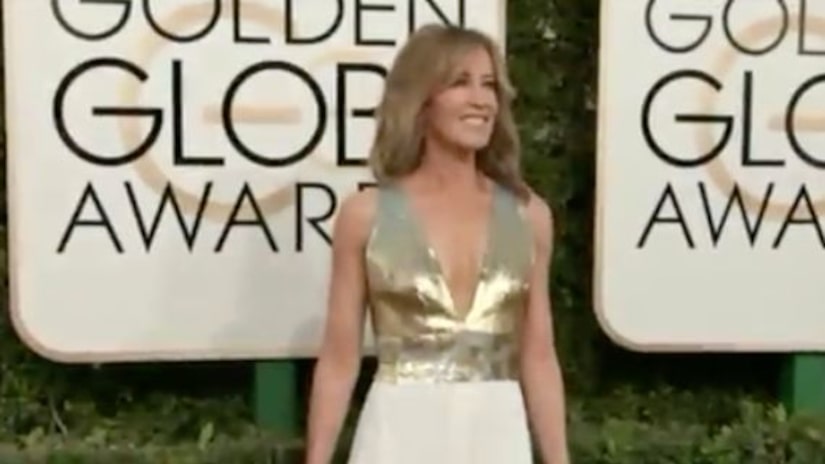 BOSTON -- (KTLA) -- "Desperate Housewives" star Felicity Huffman and a dozen other prominent parents have agreed to plead guilty in the college admissions bribery scam that ensnared wealthy families and athletic coaches at some of the nation's most selective universities, federal authorities said Monday.

The actress and the other parents were charged last month in the scheme, which authorities say involved rigging standardized test scores and bribing coaches at such prestigious schools as Yale and Georgetown.

Huffman, 56, was accused of paying a consultant $15,000 disguised as a charitable donation to boost her daughter's SAT score. Authorities say the actress also discussed going through with the same plan for her younger daughter but ultimately decided not to.

She will plead guilty to a single charge of conspiracy and fraud, according to court documents. Those charges are punishable by up to 20 years in prison, but the plea agreement indicates prosecutors will seek a sentence of four to 10 months.

Experts have said they expect some parents will avoid prison time if they quickly accept responsibility. All of the defendants will have to return to Boston to enter formal guilty pleas, but no new court dates were set.

Other parents charged in the scheme include prominent figures in law, finance, fashion, the food and beverage industry and other fields.