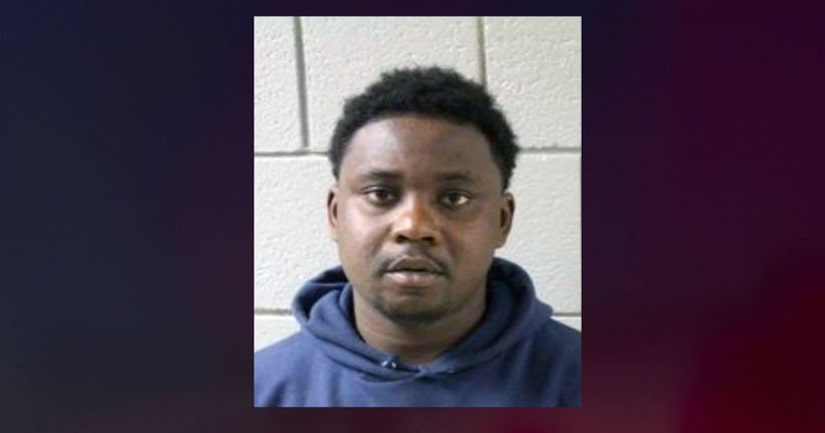 YORK TOWNSHIP, Penn. (WPMT) -- A door-to-door meat salesman who was found to be a fugitive from justice after being stopped in Lebanon County last week has been accused of having indecent contact with a 17-year-old girl while selling meat in York Township last month, according to York Area Regional Police.

Albert Burton Antrobus, 28, of Essex, Maryland, was charged with indecent assault by forcible compulsion, indecent assault without the consent of other, burglary, and providing false identification to law enforcement in connection to the York Township incident.

Antrobus provided the name Kiesean Kanarcy to police who stopped him and another man on March 8. At the time, the officer was responding to a 911 call from a person in the neighborhood who reported two suspicious persons were in the area selling meat. The officer left Kanarcy and the other man go with a warning, police say. This was before the victim of the alleged indecent assault reported the incident to police.

Last week, a suspect identified as Kiesean Kanarcy Antrobus was stopped by police in Cornwall, Lebanon County, after several residents called police to report that he and another man were selling meat door-to-door. A check of criminal records revealed Antrobus was wanted out of Cumberland County on drug-related charges, and he was transported to Lebanon County Central Booking to await extradition.

In the March 8 incident in York Township, police say the victim and her mother reported the following to York Area Regional Police:

Around 1:30 p.m., the victim, a 17-year-old girl, reported that two men approached her as she sat on the front porch of their home. They were selling meat, the victim said. One of the men asked if he could show her samples of his wares inside her home, and the victim consented, police say.

Once inside, the victim told police, the man, later identified as Antrobus, begain “flirting” with her, asking how old she was and if she had a boyfriend. The victim said she told the man she did not have any money to buy meat; at that point, she said, the man became agitated.

The man then asked if he could use the restroom inside the home, and the victim consented, police say. The suspect then exited the bathroom, approached her, grabbed her by the wrist, and took her into a bedroom, the victim reported. He then unzipped his pants, took out his penis, and placed the victim's hand on it, the victim told police.

The victim pulled her hand away and exited the room, moving to the kitchen, she told police. The suspect followed, hugged her, and groped her breast and buttock, the victim told police. She then said she asked the man to leave, and he consented.

A search of Antrobus' name revealed a “lengthy” criminal history, according to police. The victim was able to identify him from a photo lineup, police say, and the officer who stopped him in York also positively identified his photo as that of the man she spoke to.