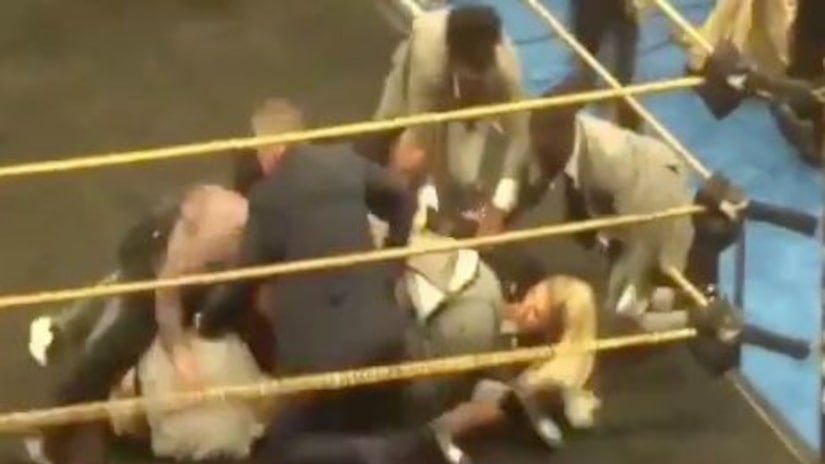 Zachary Madsen, 26, jumped the barricade and climbed into the ring during Hart's induction speech at the Barclays Center at about 9:15 p.m. Saturday, according to police.

Authorities said the fan is from out of town and is being held at the 78th precinct, right around the corner from Barclays Center in Brooklyn.

Madsen faces two counts of third-degree assault, criminal trespass, and one other misdemeanor charge, according to NYPD. According to tweets from Arash Markazi, a sports columnist for the L.A. Times, Hart seemed unharmed after the incident and was able to finish his speech.