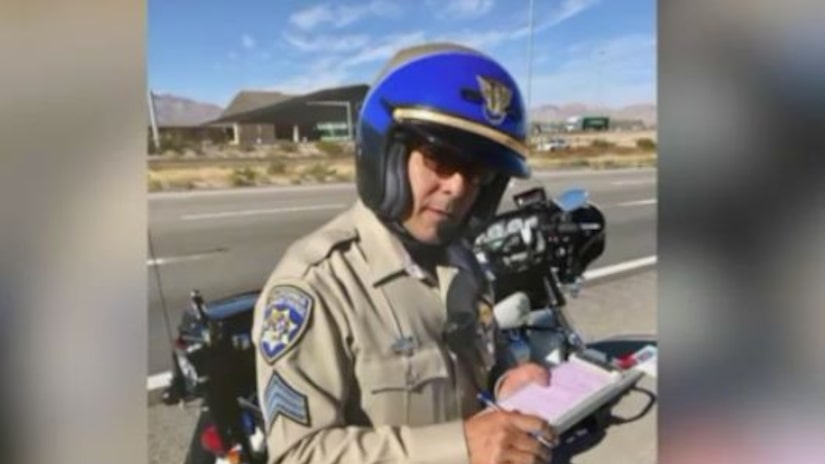 LAKE ELSINORE, Calif. -- (KTLA) -- Authorities have booked a man on suspicion of murder after he fatally struck a California Highway Patrol officer conducting a traffic stop on the 15 Freeway in Lake Elsinore, the agency announced Sunday.

Sgt. Steve Licon, 53, succumbed to his injuries at the Inland Valley Medical Center following the 4:30 p.m. crash on the right shoulder of the southbound 15 just north of Nichols Road on Saturday, CHP spokesman Ramon Duran said.

Michael Callahan, 36, of Winchester, was allegedly driving under the influence when his Toyota Corolla hit Licon, his patrol motorcycle, and the Chrysler sedan that the sergeant had pulled over.

Callahan, the sole occupant of the Corolla, sustained minor injuries, CHP said in a statement.

The man behind the wheel of the Chrysler, the woman in the front passenger seat, and the two girls in the back were not hurt, according to the agency. Cal Fire/Riverside County Fire Department earlier reported transporting at least three people, including Licon, to the hospital.