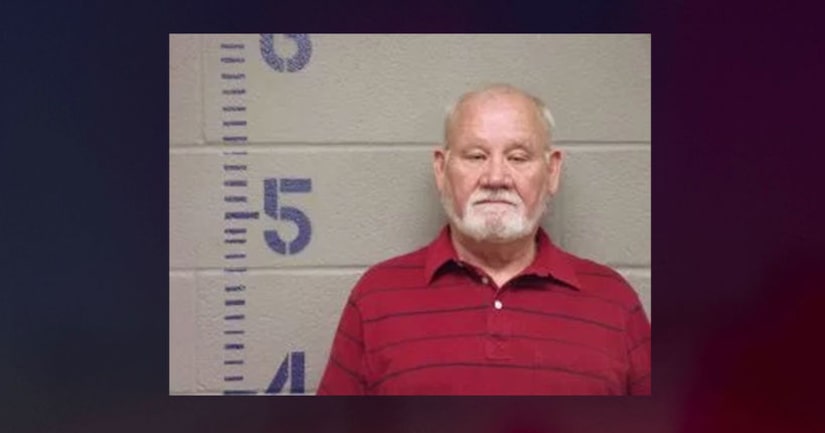 OKLAHOMA CITY (KFOR) -- A 69-year-old Alva man, and co-owner of a number of vape shops and a medical marijuana business in the state, appeared in Oklahoma City federal court Thursday on a charge of allegedly trying to hire someone to kill a former employee and one-time lover, and her new boyfriend, according to a criminal complaint.

Vernon Brock made an initial appearance before a federal magistrate judge Thursday on one count of using interstate commerce facilities in the commission of murder-for-hire. Brock was remanded into the custody of the U.S. Marshals and due back in court April 10 for a preliminary and detention hearing.

Brock was arrested Wednesday afternoon by Woods County Sheriff's deputies and FBI special agents during a traffic stop near Alva, after he allegedly handed off a $5,000 check to a business associate in Harper, Kansas. Brock believed the man was lining up a hit man. The business associate was working with the FBI, according to court documents.

Brock is the co-owner of Big E Vapor Shops, which has 17 stores in Kansas, Missouri and Oklahoma, including one in Stillwater, according to its website. Court filings allege Brock approached a Kansas business associate about a month ago, asking him to find someone to murder an Oklahoma City woman and her boyfriend, as the man is a "member of an outlaw motorcycle gang" and "hangs out with a 'rough crowd'" believing the associate could find someone to commit the murder. The woman is a former vape shop employee and was previously in a relationship with Brock.

The woman, according to an affidavit, has worked off and on for Brock for six years and said she had sex with him under threat of not being paid, and didn't believe Brock wanted a relationship but wanted the ability to have sex with her whenever he wanted.

The business associate contacted by Brock, "Individual A," said he attempted to ignore Brock's request for several weeks, but said Brock became more insistent as April 5 approached, the date Brock wanted the hit to be done. The associate reached out to the FBI on March 29, court documents said.

FBI agents recorded three phone calls between the associate and Brock between April 1 and April 2.

"I'd rather do him, thump her and I mean thump her hard. And tell her if she says one word to the cops about anything there will be someone come back [sic] to get her and her kids," Brock allegedly said on a recorded phone call discussing the killing of the woman's boyfriend. "He's the one I want."

Brock allegedly orchestrated the payment for the hit using a $5,000 check from Big E Vapor Shop, which the associate would cash as a "loan," to pay off the two hitmen Brock was told were traveling from Kansas to Oklahoma City for the job.

"I didn't want a trail coming straight to me," Brock allegedly said in a recorded phone conversation. "So I'll give you a check and you turn it into $5,000 to take care of these fellas."

On April 3, Brock met with the associate at a cafe in Harper, Kansas to exchange the money. The associate was handed an envelope with a check from Big E Vapor Shop made out to "Individual A" and "loan" in the memo line. Agents followed Brock until he was pulled over during a traffic stop near US-281 and Park Lane, on the outskirts of Alva, two days before the murders were supposed to take place.