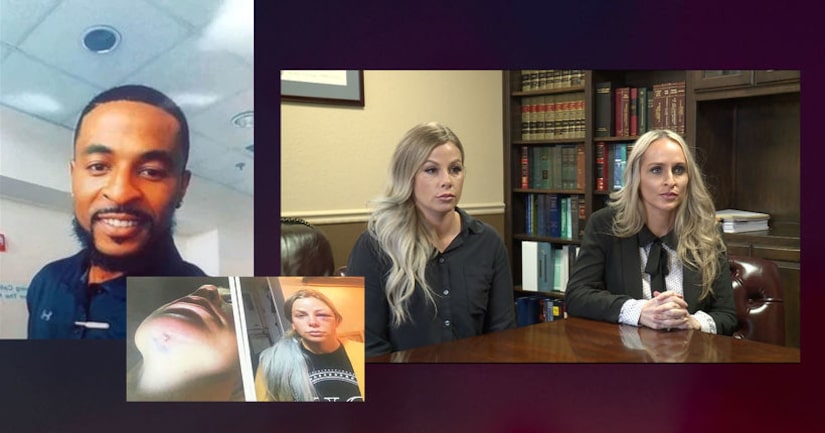 ALMA, Ark. (KFSM) -- Prosecutors won't charge an Alma woman in the shooting death of her boyfriend after determining she was justified in using deadly force.

Resinos called police on March 1 and told authorities she shot Gettridge, 33, after he lunged at her in her home on Sunnyside Road, according to the Crawford County Sheriff's Office.

Resinos said she and Gettridge had a history of domestic violence, and after their last fight, her brother gave her the gun she used to shoot Gettridge.

Crawford County prosecutor Marc McCune pointed to state law that allows using deadly force when someone is "imminently endangering the person's life or imminently about to victimize the person" as described under Arkansas' Domestic Abuse Act.

In reaching his decision, McCune said he reviewed police reports, video, pictures, the 911 call and a past domestic violence report Resinos made against Gettridge in January.

McCune also noted that Gettridge had "a criminal history and pattern of abuse against Miranda and another female that all involve the same type of behavior."

On the night of the shooting, Resinos told deputies Gettridge had been staying with her the past few days and had become belligerent and hostile towards her, according to a probable cause affidavit.

Resinos told deputies, during an argument, Resinos told Gettridge she had a gun in her truck, and Gettridge told her to go get it, and she did, according to the affidavit.

Resinos told deputies she returned inside and showed the gun to Gettridge and told him to get out. She says Gettridge then continued to argue with her and took her phone from her.

Resinos told deputies that Gettridge lunged at her again and she tried to shoot him, but the safety was on. She says Gettridge then began to laugh at her and said she wouldn't shoot him, and if she did, her life would be over.

Resinos was lying on her bed when she said Gettridge came at her and she shot him once in the chest. Resinos then called 911.

Following her arrest, detectives questioned Resinos and asked why she did not merely leave, and she advised that her children were inside.

She told detectives that she had left them with Gettridge earlier in the night, but things were not as bad.