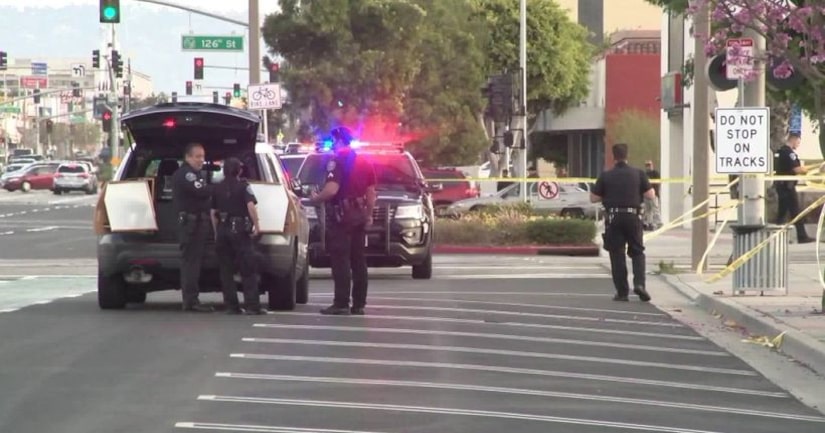 HAWTHORNE, Calif. (KTLA) -- Officials on Monday identified the man who shot and killed the mother of his child in front of the Hawthorne police station as a local resident.

Jacob Munn, 31, got into an argument with the victim during a custody exchange of their 17-month-old child around 6 p.m. Sunday, according to the Hawthorne Police Department.

Munn subsequently fired a shotgun at the woman, the agency alleged. An officer heard the gunfire and shot at Munn, but the attacker was able to get into his car and flee, Lt. Jim Royer told KTLA.

Authorities took protective care of the child, who was not hurt.

Police reported finding Munn's vehicle abandoned just over half a mile south of the police station. They located and detained him three hours later in the 4400 block of 134th Street, not far from where his car was discovered.

Investigators are currently interviewing family members, including the child's grandmother, who was with the victim during the custody exchange, Chief Michael Ishii told KTLA. The victim's name has not been released.