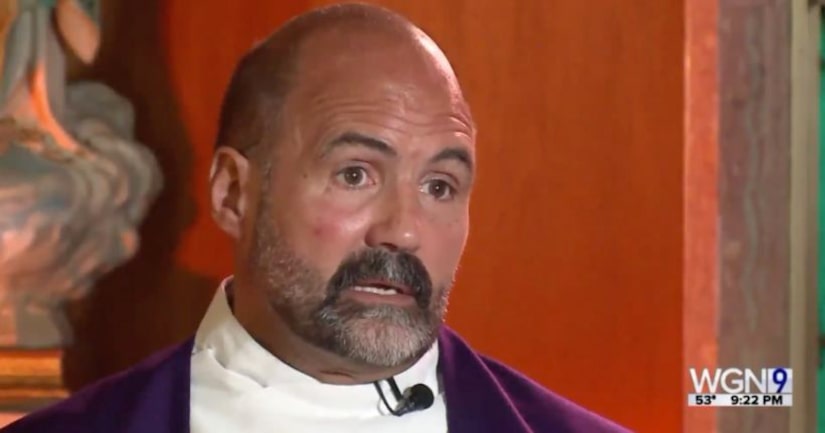 CHICAGO (WGN) -- A Chicago priest who was accused of sexual wrongdoing was reinstated at his parish after being cleared of the allegations. In the wake of the sex abuse scandal, the Catholic Church acted swiftly, but this time, the accused was an innocent man.

It was a happy homecoming Saturday for the Rev. Gary Graf at San Jose Luis Sanchez Del Rio Parish in the Hermosa neighborhood. His parishioners believed in him all along, but he believed in the process of protecting children, and for him, that meant being removed from ministry for nine months.

A church employee, who was a minor, accused him of inappropriate behavior in July.

The teenager said he once received a phone call from the church secretary saying Graf was attracted to him. He said Graf would also rub his shoulders and once offered him a free car. The teen said he immediately told his parents.

According to a policy for the protection of minors, Cardinal Blase Cupich removed Graf from his pastoral duties, and immediately reported to local authorities. The Department of Children and Family Services investigated and found the allegation was not credible.

Chicago police launched their own investigation and the case went to trial where a judge ruled Graf not guilty. Then, the church conducted its own independent review which revealed no evidence of sexual abuse of a minor.

The season of Lent is a time of sacrifice for 40 days in the Catholic Church, but Graf has spent the last nine months in silence.