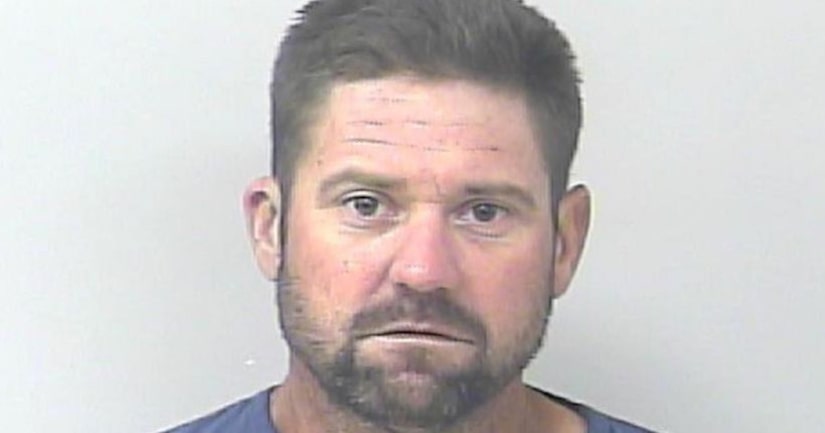 ST. LUCIE COUNTY, Fla. (KTLA) -- Casey Michael Lewis was a free man for about 15 minutes, not even leaving the grounds of the jail where he'd been locked up before being arrested again.

The 37-year-old had just been released Thursday from the St. Lucie County Detention Facility in Fort Pierce, Florida, where he'd been held on grand theft charges, according to an arrest affidavit.

The affidavit says after he was released, Lewis then began walking around the jail's parking lot “acting suspicious and checking vehicle doors.”

Surveillance video showed Lewis looking into cars and opening the door of a silver vehicle, according to the affidavit. The report says Lewis entered the vehicle from the driver's side and sat in the car for about two and a half minutes. He then exited the vehicle and walked around the length of the lot, checking vehicles along the way by either looking into the windows or lifting door handles to see whether they were unsecured, the affidavit said.

While Lewis was in the parking lot, he was approached by an officer. He told the officer he was “waiting for his girlfriend,” according to the affidavit.