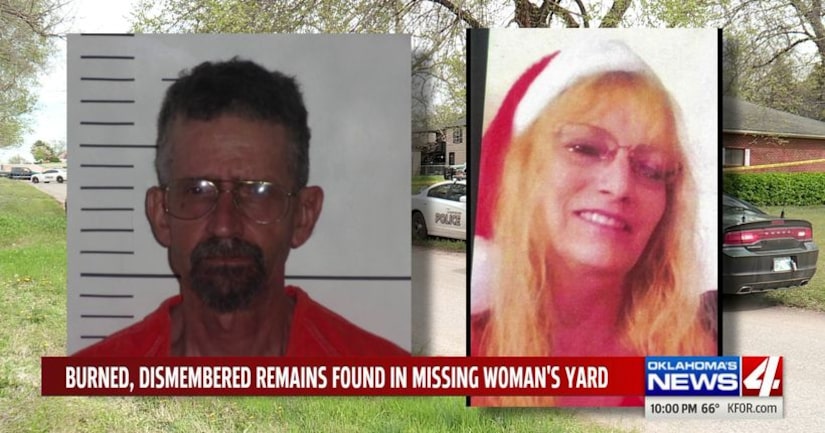 KINGFISHER, Okla. (KFOR) -- A man is in custody accused of killing, burning, and dismembering the woman he's been in a relationship with for more than ten years.

“I bought grocery for her every week,” neighbor Susan Mitchell said. “We talked a lot.”

Susan Mitchell lives across the street from Steven Stricker and Brenda Baber.

She said Stricker was working in the garden this week around the same time all communication with Baber, her long – time friend and neighbor, came to a halt.

Police say Baber and Stricker had been together for almost a decade.

Oklahoma State Bureau of Investigation spent much of Friday sifting through the couple's backyard, digging up what they call a charred and dismembered body.

"It's one thing to hurt a person but to do what they say he did that's a lot,” Mitchell said.

According to a report acquired by Kingfisher Press, Baber's sister told police Stricker claimed he used to be a butcher, he knew how to get rid of the body, and “a fireplace works wonders.”