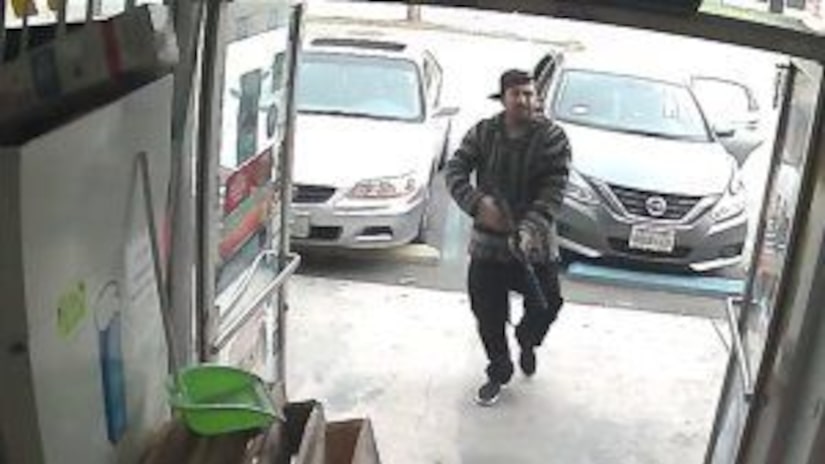 POMONA, Calif. -- (KTLA) -- A Pomona man who opened fire on a 99-cents store with a rifle after getting into a dispute with a worker received a three-year prison sentence on Thursday, officials said.

The case stems from a dispute that escalated into violence on the afternoon of Dec. 9 at 99 Cent Discount Store, 1647 Indian Hill Blvd., the Pomona Police Department said in a written statement.

As shown on surveillance video of the encounter released by police, the suspect enters the store with what appears to be an aerosol spray can and hands it to the clerk as if trying to return or exchange it.

The clerk is seen passing the can back to Valenzuela, who becomes enraged and throws the can, as well as other items, at the clerk.

The employee pulls a handgun on Valenzuela, the video shows. Valenzuela walks out of the store and retrieves a rifle from his car.

He fired two shots into the store, police said. The worker was not struck.

"Based on the video surveillance obtained, investigators were able to successfully identify the suspect," according to the police statement.