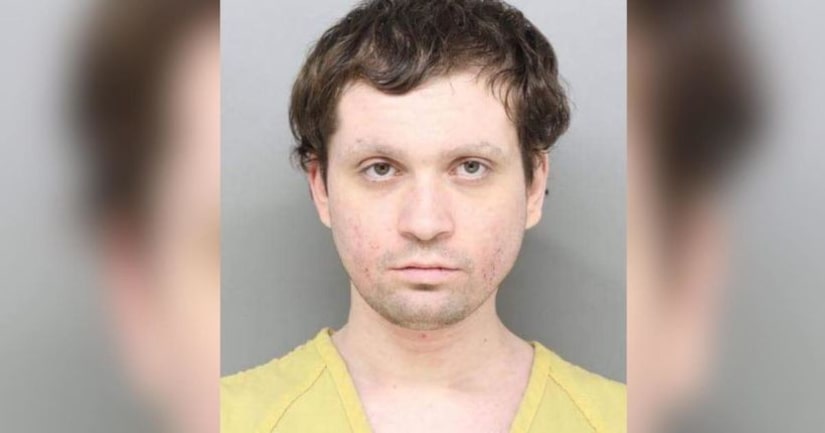 Brian Rini, 23, is currently being held in a Hamilton County Jail. He has not been charged, but is on hold there waiting for the FBI to move him.

Rini is no stranger to a jail cell. He was just released from prison on March 7 for a scheme he planned in Brunswick Hills. He spent 18 months behind bars for a destructive party he threw in a model home in August 2017.

Police said he convinced the realtor he had $800,000 in his bank account to buy the $400,000 home. He then watched the realtor enter the garage code. Police said the next day he broke in, told the neighbors he bought the home and then threw a massive party causing thousands of dollars of damage.

Tim Sopkovich, the chief of colice at Brunswick Hills Police Department, said he was not at all surprised when he heard Rini's name announced Thursday.

“He's a mastermind,” Chief Sopkovich said. “I don't know if he has multiple personalities or what, but he had our realtor convinced he was buying the house, he had neighbors convinced he was living there.”

The chief added he's not surprised by the lie he told police in Kentucky.

“I would not put it past him to make up this story,” he said. “During the investigation here, he was telling all different kinds of lies and coming up with different embellishments, but what he's doing right now is terrible.”

Rini told police in Kentucky he was Timmothy Pitzen, a boy who has been missing for almost 8 years, and that he just escaped two kidnappers in Cincinnati.

“My first instinct was if we missed something,” Sopkovich said. “We don't do DNA checks in a case like his, but all of a sudden I wondered if we had an individual in custody that we could have gotten back to a family who was missing him. How sad and pathetic that he's making up this story just to get fame for himself. My heart goes out to the families.”

Rini has a long criminal history even before the model home incident.

A Brunswick Hills police report shows Rini came to the police station to report he was being harassed by his mother and threatened by his mother's boyfriend. He told police they were telling him they were going to kill him and take away his trust fund.

Brunswick Police turned the case over to the Medina Police Department who followed-up to find out he made it up. His mother didn't have a boyfriend and there was no trust fund. According to the police report, she told Medina police her son was mentally ill and had not been taking his medications.