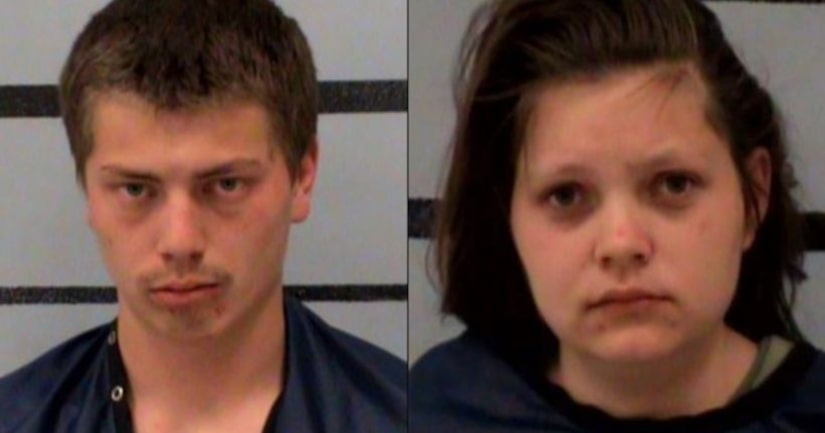 LUBBOCK, Texas (WGN) -- Authorities arrested a Texas couple Tuesday on felony charges after their 1-month-old baby was admitted to the hospital with critical injuries.

Staff at Covenant Medical Center contacted police after diagnosing the boy's extensive injuries, including brain bleeding, fractured ribs and skull and bruising in the groin area, according to the Lubbock Avalanche-Journal.

Fox initially denied harming the boy, but investigators say he later admitted to punching the child at least five to seven times, but “probably a lot more than that,” according to police records obtained by KCBD.

Fox said his son's cries and the fact that his wife was napping, forcing him to change the boy's diaper, had angered him, according to police. The report said Fox admitted to squeezing hard on the newborn's testicles and feet while changing the diaper.