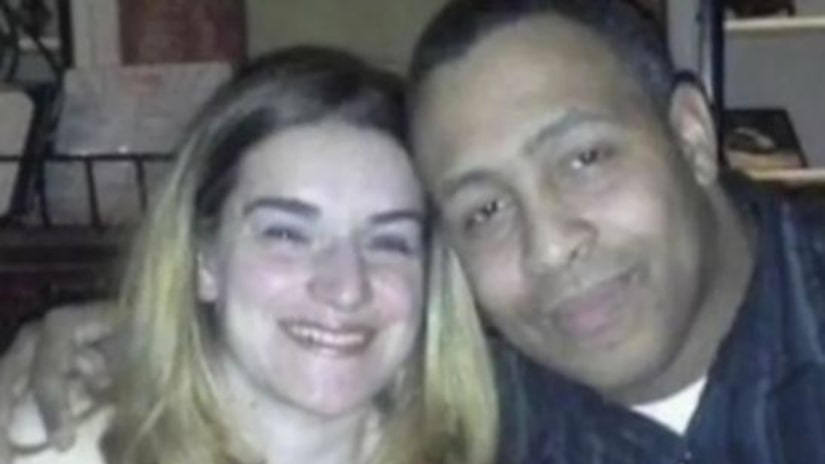 STATEN ISLAND, N.Y. -- (WPIX) -- The estranged husband of a missing Staten Island teacher was in police custody Wednesday on charges of assault and stalking.

Jeanine Cammarata, a 37-year-old mother of three, remains missing. It's been more than four days since anybody's heard from her.

At this point, the charges against her estranged husband are not directly in relation to Cammarata's disappearance, police said. People close to her remain concerned.

Cammarata was reported missing by her current boyfriend, who lives in the 200 block of McVeigh Avenue. Even though police visited his house as part of their investigation, he's not considered a suspect in the case, according to law enforcement sources.

The NYPD confirms that the estranged husband of the woman last seen around 9:00 p.m. Saturday is in custody. Michael Cammarata, 42, is still being questioned by detectives in the 120th precinct under the assault and stalking charges.

He was mentioned frequently in texts between Jeanine Cammarata's cellphone and that of her best friend, Jessica Pobega over the past few days.

In the texts, she says "I am with Mike and the children," among other messages meant to reassure, but when Jeanine Cammarata did not call and talk with her best friend, as requested, Pobega questioned, via text, if it was indeed her friend texting her back.

"It's me," read the responding text from Jeanine's phone. Pobega is still skeptical, since her best friend never phoned her.

FULL STORY: 'She was terrified of him.' Estranged husband of missing Staten Island teacher in police custody on assault charges - WPIX