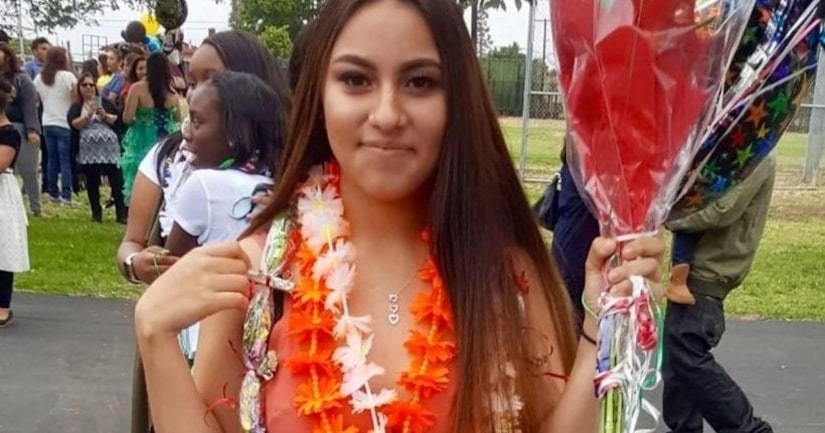 LOS ANGELES -- (KTLA) -- Two arrests have been made in the death of a missing 15-year-old girl whose body was discovered in an industrial part of Compton last week, authorities announced Wednesday.

After initially saying only one juvenile was in custody in connection with Samantha Bustos' death, Los Angeles County sheriff's officials later said two 15-year-old boys have been booked on suspicion of murder in the case.

Bustos' body was found before dawn March 25 with a gunshot wound in her upper torso, deposited face-down in bushes near the Dominguez Hills Industrial Park, investigators said.

Authorities had not previously described the teen's manner of death, saying only that she was found with a "traumatic" injury.

Bustos had been missing from her home in an unincorporated area of Gardena for a few days by the time her body was discovered in the 500 block of West Victoria Street.

Her family had officially reported her missing the day before, on Sunday, but the teen hadn't been seen since going to hang out with friends Friday afternoon.

The 15-year-old stopped answering calls on her cellphone after 5 p.m. that Friday, and the device was shut off after midnight, her cousin Susan Lainez wrote in an email to KTLA.

The L.A. County coroner's office ruled her death a homicide, but nothing was revealed about how she died until Wednesday. Investigators still have not said when she was killed or how long her body had been stashed along the industrial corridor.