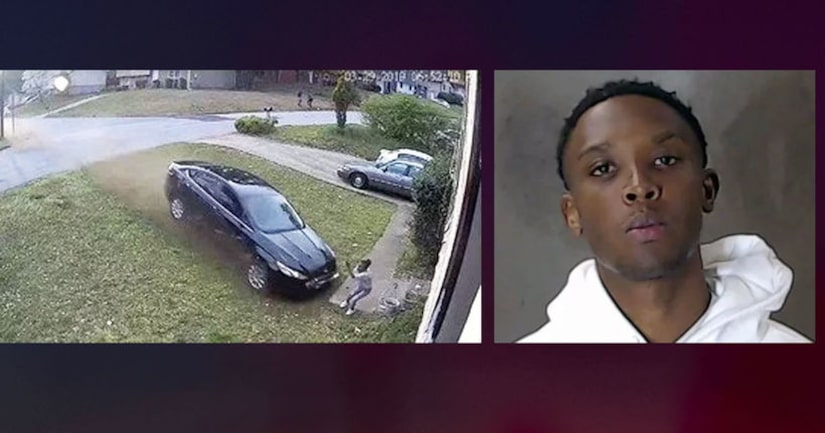 LITHONIA, Ga. (WREG/CNN) -- The driver involved in the hit-and-run of a 9-year-old girl as she played in her front yard has turned himself in Tuesday, CNN affiliate WSB reported.

Gabriel Fordham is accused of plowing his car into LaDerihanna Holmes, crashing into her Georgia home and then fleeing the scene Friday.

Fordham's attorney, Ryan Williams, said his client was fighting off a carjacker when the crash occurred.

“Someone jumped in his vehicle with a pistol, put the gun to his face, made him drive, and the whole time my client was driving, he was kind of directing the path,” Williams told WSB.

Williams says Fordham is “apologetic and he wants to help this family get closure to this issue.”

Fordham has been charged with failure to maintain lane, failure to stop at a stop sign, reckless driving, hit and run and serious injury by vehicle.

Surveillance footage shows the car flying over the curb of the girl's front lawn in Lithonia, near Atlanta. LaDerihanna starts to sprint, but she couldn't outrun the careening car as it crashes into her and then into her house.

The 9-year-old suffered a fractured skull and a shattered pelvis that's broken in three places.

LaDerihanna was hospitalized in critical condition but has since been upgraded to stable condition, her mother said Tuesday.

As neighbors scrambled to help, the driver of the car fled without checking on the girl.

MORE: Driver who crashed into 9-year-old playing in her yard has turned himself in, but said he was fighting off a carjacker - WREG