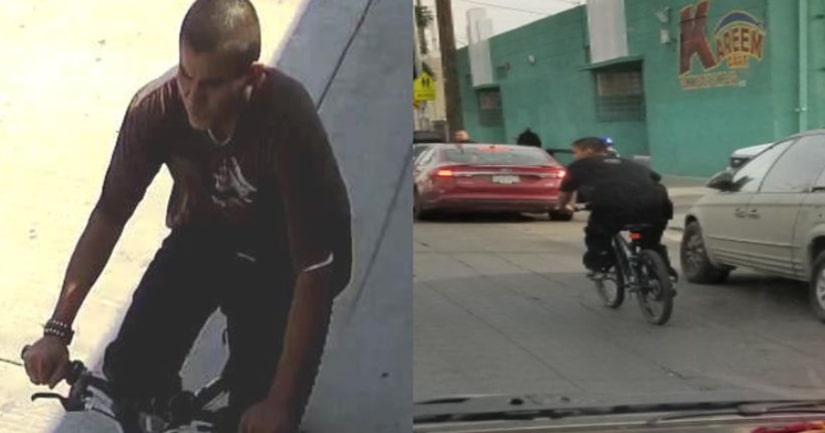 The suspect was identified by police as 19-year-old Len Rey Briones during a news conference later Wednesday evening. Briones is believed to be homeless and is on probation for a prior arson conviction, LAPD officials said.

Authorities said one of the victims attacked was a 13-year-old slashed on April 1.

Briones allegedly slashed the victims' faces while riding past them on a bicycle. The "indiscriminate" attacks go back to March 20, Los Angeles Police Detective Steve Garcia said.

“He's shooting for the jugular,” Garcia said earlier of the serial slasher. "He's about an inch a way from cutting that jugular."

The "unsuspecting" victims range between 13 and 85 years old and have included men and women and at least one child, the detective said. He said law enforcement officials in all of the areas where the attacks occurred were actively searching for the man.

The attacks appear to be random, but are all similar and have occurred mostly in the morning hours. The suspect allegedly comes up from behind the victims and slashes their faces with a sharp object. Garcia said one victim described the weapon as a folded box cutter.

One of the latest attacks occurred about 8:40 a.m. Monday near Florence Avenue and Avalon Boulevard. The victim was standing on the sidewalk near a bus stop when the suspect slashed the victim as he rode past him on a bike. The man was left with a "severe injury" to the face, police said in a news release.

Two other people, including a woman and a 13-year-old victim, were attacked that same day, police said.

The suspect could be seen reaching out to the woman while on his bike, and a passerby who witnessed the attack thought it was a robbery at first, Garcia said. The passerby followed the slasher and took photos of him before returning to the woman and realizing she had been slashed in the face, according to Garcia. The wound was described as being about 5 to 6 inches long.

The detective said Wednesday morning that eight people in total have been attacked, but he did not provide details about the additional two incidents. Investigators learned of the 13-year-old boy's April 1 slashing on Wednesday morning, bringing the total number of victims to nine. 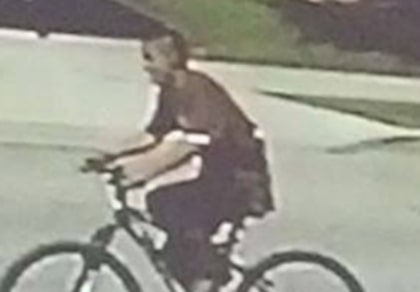 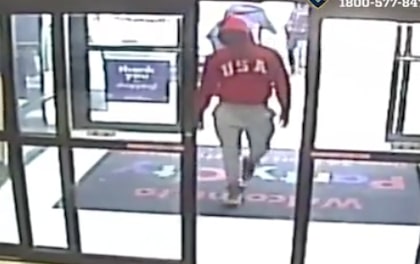 Man slashed in the face inside Bronx Party City