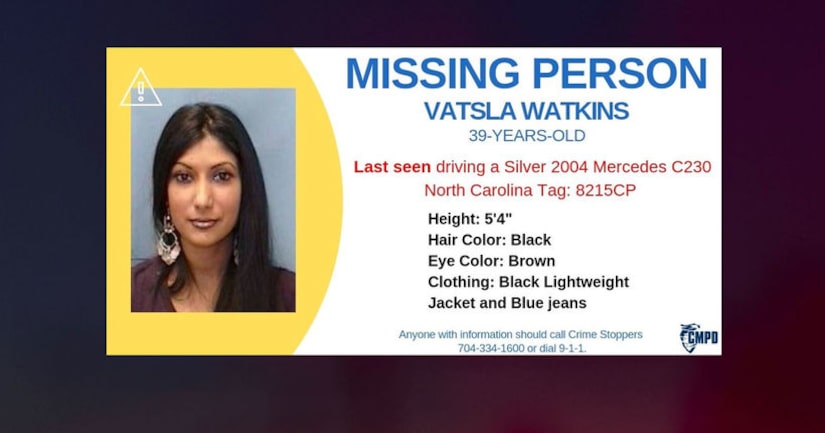 CHARLOTTE, N.C. (WGHP) -- Charlotte-Mecklenburg police confirmed Wednesday that the body they recovered on Sunday from Lake Wylie is missing Charlotte mother Vatsla Watkins, WSOC reports. No foul play is suspected in her death.

Police said they received a call around 5:45 p.m. stating a person was spotted floating in the lake at the Buster Boyd Bridge. Authorities said the caller was in a boat when he spotted the victim.

Two weeks ago, crews were searching Lake Wylie near the Buster Boyd Bridge for Watkins. Her car was found near Pier 49 Marina and investigators believed she could have been in the water. 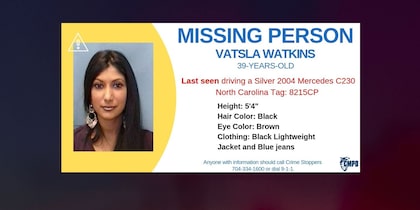