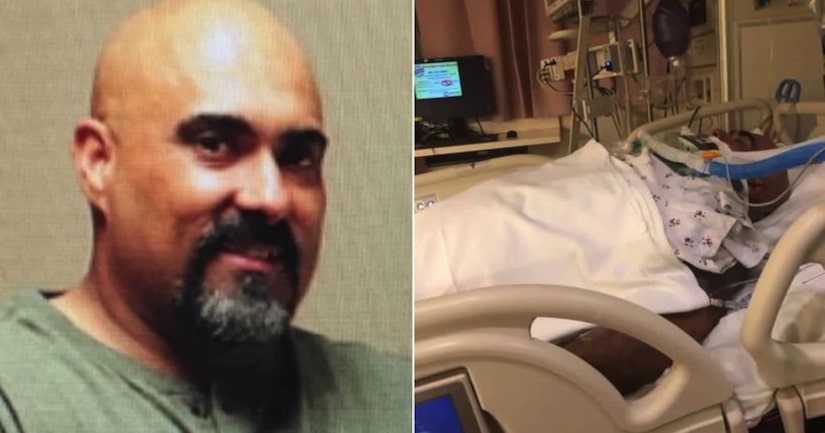 SAN FRANCISCO -- (KTLA) -- The San Francisco Giants fan who was left disabled in an attack outside Dodger Stadium that drew national attention eight years ago said he's dismayed that Los Angeles police are again investigating an assault at the baseball stadium that left a man seriously injured over the weekend.

Authorities searched Monday for a man who punched Rafael Reyna during an argument following Friday night's marathon six-hour game between the Dodgers and the Arizona Diamondbacks.

Christel Reyna said her 47-year-old husband sustained a skull fracture in a fall in a parking lot and is on life support.

"I feel totally sad for him and his family and angry about the people that did this to him," said Bryan Stow, the Giants fan who was assaulted on opening day at Dodger Stadium on March 31, 2011. Stow has since become an anti-bullying advocate.

He told KTVU he "can't believe" that almost eight years to the day since he was attacked, "it's happening again."