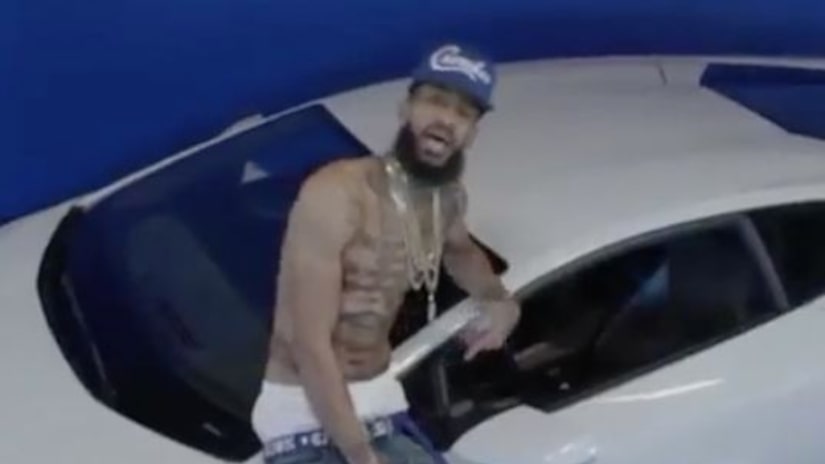 LOS ANGELES -- (KTLA) -- Grammy-nominated rapper Nipsey Hussle was killed and two other people were wounded in a shooting outside the artist's store in the Hyde Park neighborhood of Los Angeles Sunday afternoon, authorities said.

Officers responded to reports of a shooting at a clothing store in the 3400 block of West Slauson Avenue at around 3:25 p.m., Los Angeles Police Department Lt. Chris Ramirez said.

The 33-year-old rapper was shot multiple times and transported to a nearby hospital where he was pronounced dead, the Times reported, citing unidentified law enforcement sources.

Two additional male victims were also transported to a hospital and were in stable condition, police said.

Detectives were seeking a lone suspect in connection with the shooting, Ramirez said. A detailed description was not available. Investigators continued scouring the scene for evidence, interviewing witnesses and looking for surveillance camera footage on Sunday afternoon.

The recording artist was reportedly associated with the clothing store where the shooting took place.