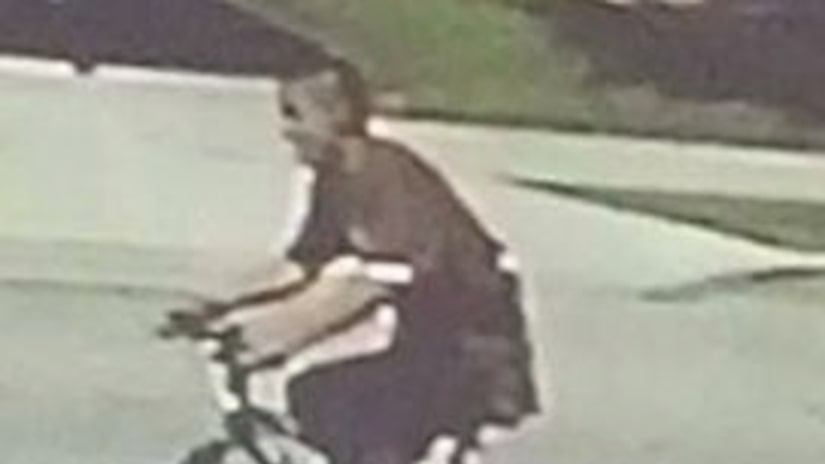 SOUTH GATE, Calif. -- (KTLA) -- Police are seeking a man on a bicycle who slashed the faces of two women and a man during a seemingly random rampage in South Gate and Lynwood on Wednesday, officials said.

The man rode his bicycle past a woman along Firestone Boulevard, near Hunt Avenue, South Gate police said in a written statement.

“The suspect slashed the victim's face with something sharp,” the statement said.

The bicycle-riding attacker then showed up minutes later in the area of San Luis Avenue and Abbot Road, just under 2 miles away, Los Angeles County sheriff's Sgt. Chris Creta said. The second attack was reported at 10:51 a.m.

As in the first assault, a woman was slashed in the face, the sergeant said.

A third attack took place about six minutes later, just under a mile away, at Imperial Highway and Long Beach Boulevard.

The attacker approached a man and slashed him in the face before fleeing, according to Creta.