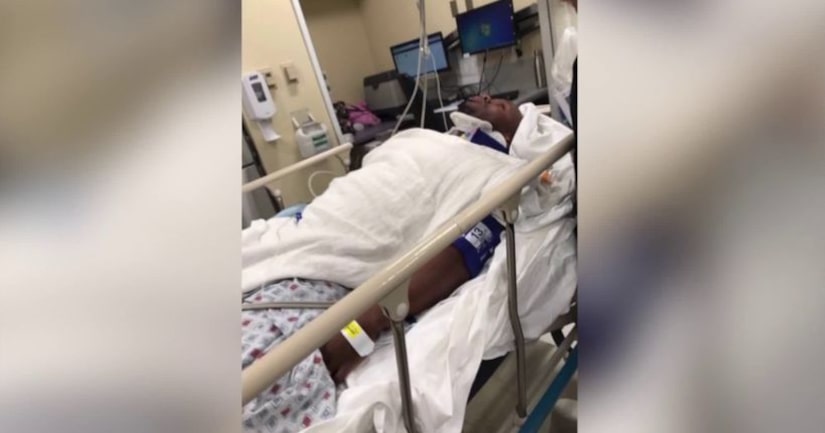 NEW YORK (WPIX) -- A correction officer whose spine was fractured when he was attacked by inmates at a Rikers jail facility was in court Wednesday as four men were sentenced in the assault on him.

John Roston Souffrant was blindsided by a punch to the head from Steven Espinal in the February 2018 attack. Once he was on the ground, others rushed in to attack.

"It was very important for me for to let the court know what I went through," Souffrant said. "I didn't think I was going to make it through."

Espinal planned and coordinated the attack because Souffrant had written him up for an infraction. A judge sentenced him to 10 years in prison.

Nazeem Francis and Samson Walston were each sentenced to give years for their roles in the attack and Devin Burns got three years. Jail sources say all four men are members of the Bloods gang.