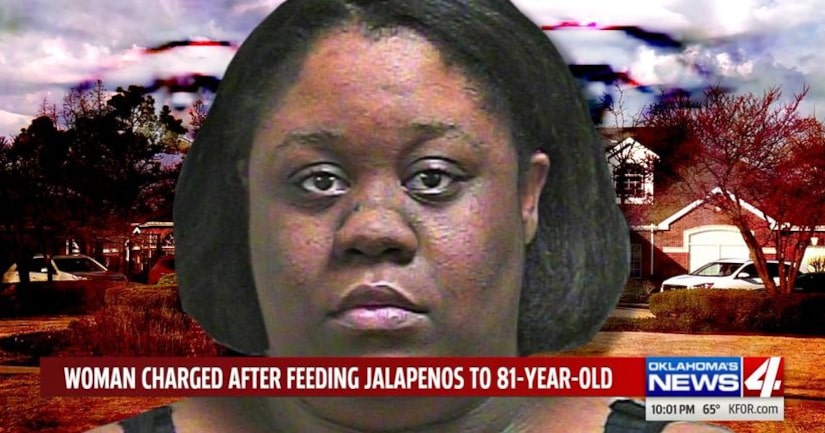 OKLAHOMA CITY, Okla. (KFOR) -- A former caretaker at a senior care facility is accused of feeding one of the patients hot peppers in order to hurt him.

Kyra Johnson, 30, is charged with abuse by a caretaker.

The victim was an 81-year-old man who police said suffers from dementia and relied on those working in the Memory Care Living Unit.

According to the affidavit, other employees saw her chop up a jalapeño and mix it in with his eggs.

One witness stated, “I hope that is not hot,” to which Johnson allegedly replied, “I hope it is.”

Investigators reported Johnson was seen feeding him the eggs with the jalapeño in them, even though he was “not accustomed to eating spicy food,” and “did not need assistance feeding himself.”

The affidavit states he was seen “fanning and gasping for air to cool his mouth.”