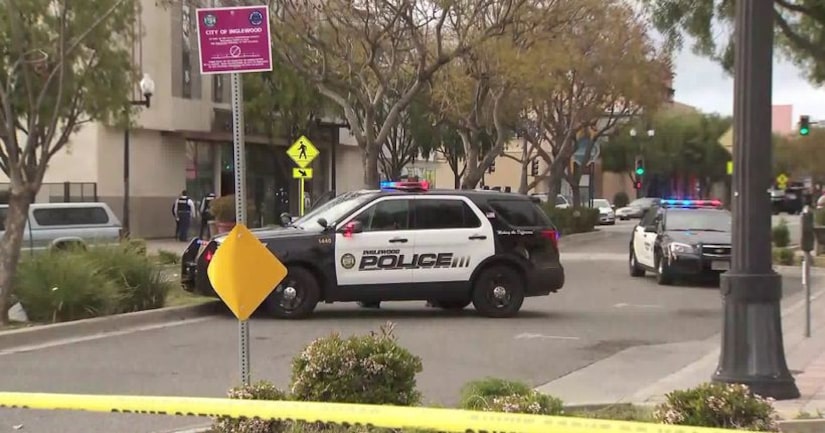 INGLEWOOD, Calif. -- (KTLA) -- A sword-wielding suspect was fatally shot by police and two officers were struck by gunfire during an incident at a Church of Scientology in Inglewood Wednesday afternoon, police said.

The incident was reported at the church about 3:30 p.m. at 315 Market St., Inglewood Police Lt. Neal Cochran told KTLA.

A man pulled up to the church in a white Bentley and entered with what police described as a samurai sword, then began making a scene, officials said.

Police were called and there was a confrontation with the suspect in the lobby, police said.

The suspect was struck in the head by gunfire, and the officers were shot, one in the hand and one in the arm.

It is unclear how the officers were shot and police are working to determine if the suspect was also armed with a gun.

FULL STORY: Man with sword fatally shot by police at Church of Scientology in Inglewood; 2 officers struck by gunfire - KTLA