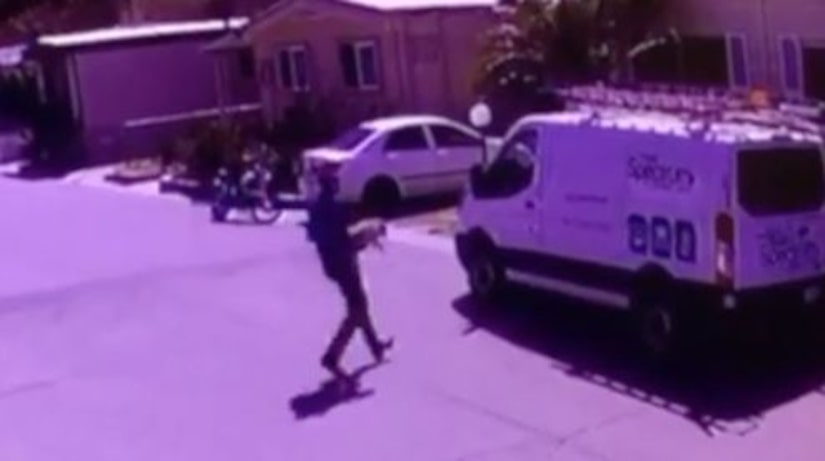 RIVERSIDE, Calif. -- (KTLA) -- A Spectrum employee was fired and a pug has been returned to his rightful owner on Tuesday after video captured the dog being stolen from a mobile home park in the Riverside area.

The dog's owner, Melissa Cortez, told KTLA in a phone interview Monday night that her dog Andrew was in her family's gated yard earlier in the day when the worker came up to the property, opened the gate and took the pup.

Her mother and sister, who were in the residence at the time, noticed the pug missing a short time later, she said.

A neighbor's home surveillance camera captured the incident, which took place around 12:30 p.m. Monday in the 3800 block of Crestmore Road, in the Old Plantation Mobile Home Park.

Cortez tweeted out the footage Monday evening, tagged Spectrum's account and wrote, "One of your drivers took my dog."