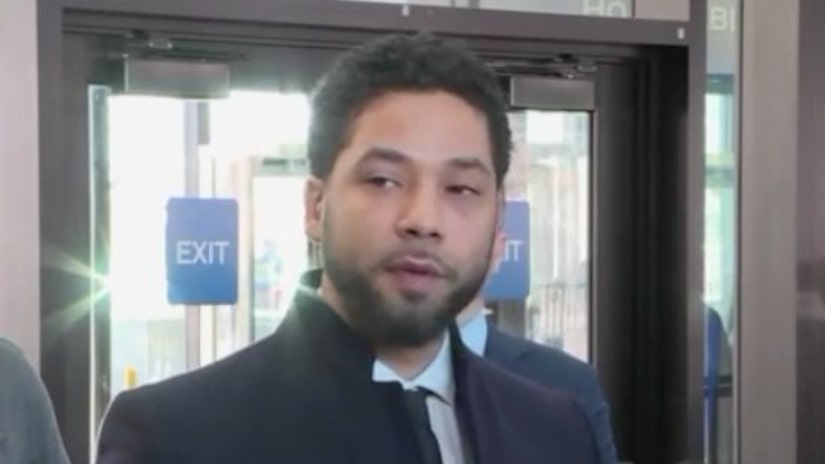 CHICAGO —- (WPIX) -- Attorneys for "Empire" actor Jussie Smollett say charges alleging he lied to police about attack have been dropped.

“Today, all criminal charges against Jussie Smollett were dropped and his record has been wiped clean of the filing of this tragic complaint against him. Jussie was attacked by two people he was unable to identify on January 29th. He was a victim who was vilified and made to appear as a perpetrator as a result of false and inappropriate remarks made to the public causing an inappropriate rush to judgement.

"Jussie and many others were hurt by these unfair and unwarranted actions. This entire situation is a reminder that there should never be an attempt to prove a case in the court of public opinion. That is wrong. It is a reminder that a victim, in this case Jussie, deserves dignity and respect. Dismissal of charges against the victim in this case was the only just result. Jussie is relieved to have this situation behind him and is very much looking forward to getting back to focusing on his family, friends and career.”

"After reviewing all of the facts and circumstances of the case, including Mr. Smollett's volunteer service in the community and agreement to forfeit his bond to the City of Chicago, we believe this outcome is a just disposition and appropriate resolution to this case," the state's attorney's office said in a statement.

Police and prosecutors have said the black and gay actor falsely reported to authorities that he was attacked around 2 a.m. on Jan. 29 in downtown Chicago because he was unhappy with his pay on the Fox show and to promote his career.

Smollett, who is black and gay, plays the gay character Jamal Lyon on the hit Fox TV show that follows a black family as they navigate the ups and downs of the recording industry.

Smollett reported that he had been attacked on his way home from a sandwich shop. Smollett said two masked men shouted racial and anti-gay slurs, poured bleach on him, beat him and looped a rope around his neck. He claimed they shouted, "This is MAGA country" — a reference to President Donald Trump's "Make America Great Again" campaign slogan. He asserted that he could see one of the men was white because he could see the skin around his eyes.