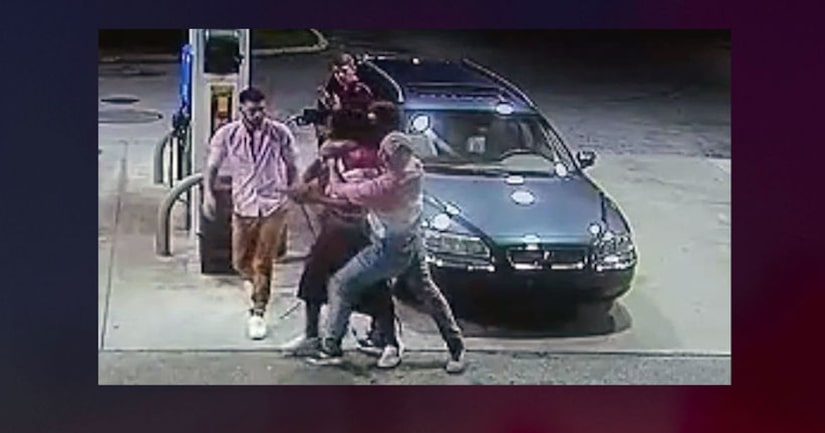 The victims were pumping gas when a man with a handgun approached them, pointed a gun and stated: "Give me everything you got."

That is when the four men grabbed the suspect and tackled him to the ground. While the victims struggled with the suspect, a second suspect ran over and began pushing the victims away.

During the struggle, the gun fell to the ground and was quickly picked up by one of the victims, who pointed it at both suspects.

The two men took off, but thanks to the victims getting their license plate number, Broward County deputies were able to track one of the suspects a short time later near his residence hiding in the bushes. The other suspect remains on the loose.