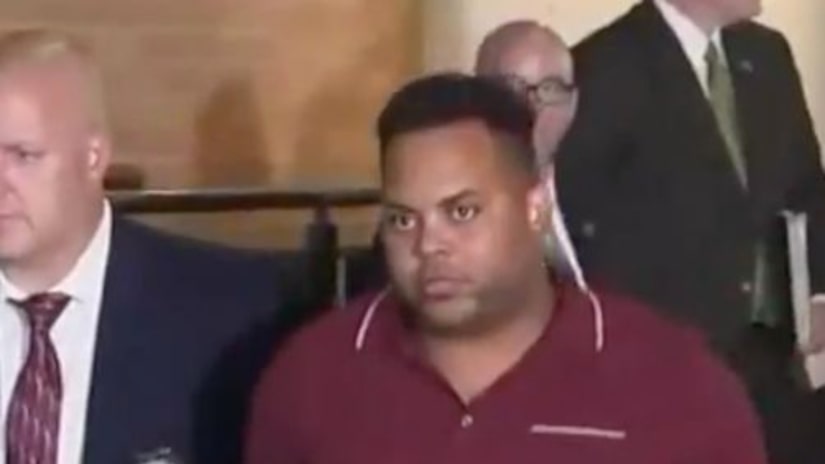 THE BRONX —- (WPIX) -- A Bronx homicide detective testifying in the first, pre-trial hearing for the murder of Lesandro “Junior” Guzman-Feliz on Monday said a gang member admitted that he was the “head guy” of the Trinitarios Sure set and then identified the five suspects now going on trial for Murder 1 charges.

The man, known as Witness C, shared the information with investigators at the 48 NYPD Precinct in connection with the fatal stabbing of Guzman-Feliz, 15, at a Bronx bodega in June.

PIX11 News has confirmed through a law enforcement source that Witness C is Diego Suero, who was accused last July with giving the order to “hit” a member of a rival set of the Trinitarios.