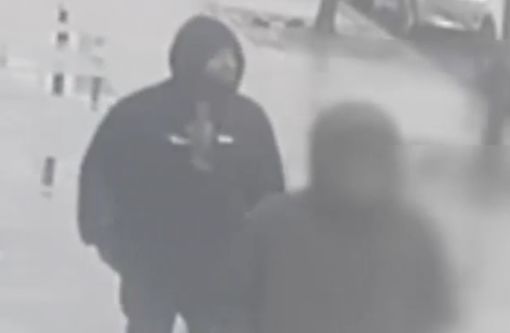 WPIX
WPIX - "The alleged groper is described to have a goatee and was last seen wearing black pants, black Nike sneakers, and a black hooded jacket with a multi-colored design."

BROOKLYN, N.Y. -- (WPIX) -- Police are looking for the man seen on surveillance video groping a woman on a Brooklyn street.

It happened at about 8 a.m. at the corner of Livonia and Rockaway avenues in Brownsville on Mar. 10.

The video shows the man continuously slapping the 30-year-old woman’s buttocks and grabbing her chest.

The woman is then seen fighting off her attacker with an umbrella.

There were no reported injuries, police said.