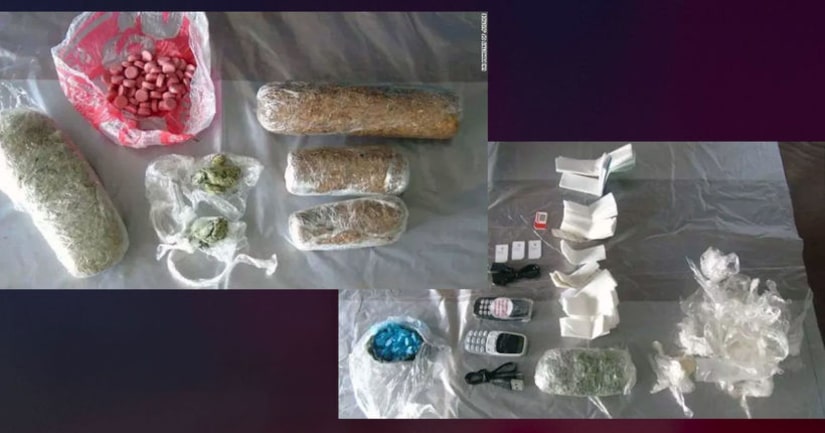 ENGLAND (WNEP/CNN) -- Dead rats stuffed with drugs and cell phones have been found in a prison in the United Kingdom.

Staff on a routine patrol at HMP Guys Marsh in Dorset, southwest England, found three dead rats and later noticed a line of stitches along their stomachs, the Ministry of Justice said in a statement.

After opening the dead animals, the officers found that their innards had been removed and replaced with drugs as well as cell phones, chargers and SIM cards.

While pigeons and tennis balls have previously been used to smuggle contraband into prisons, the use of rats is a new development, the ministry said.

A total of five phones and chargers, three SIM cards, cigarette papers, tobacco and drugs such as cannabis and spice were seized, according to the statement.

Officials say they believe the rats were thrown into the prison by criminals and were to be collected by an inmate, with the items set to be sold to other prisoners.

Police are working with the prison service to identify the perpetrators.

While drugs, weapons, liquor and cigarettes are thought of as typical contraband, phones are the most dangerous and most desired object, Jon Ozmint, the former director of the South Carolina Department of Corrections, told CNN in 2015.

In one instance in 2012, officers in Georgia found a dead cat stuffed with cell phones near a prison fence.