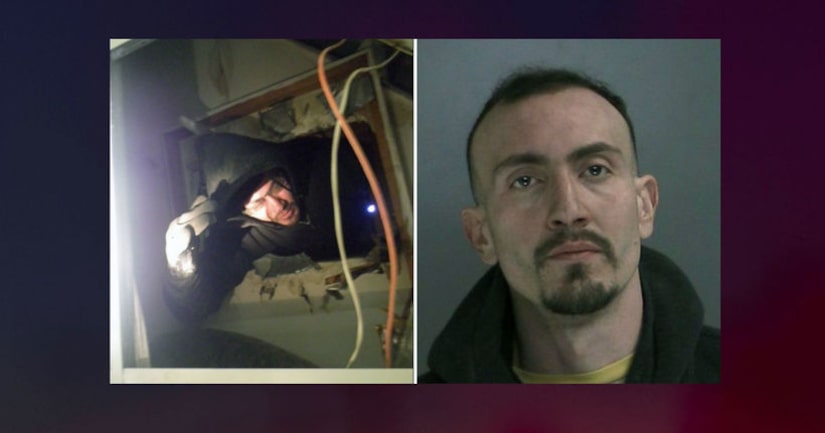 BAY SHORE, N.Y. (WPIX) -- A man was arrested after he got stuck in a vent trying to enter a Long Island business.

As he tried to get into the office, he became stuck.

He was discovered about three and a half hours later by staff members and officers were called to dislodge him, police said.

The investigation revealed Maranzino was also responsible for four other commercial burglaries on Long Island during the past week.