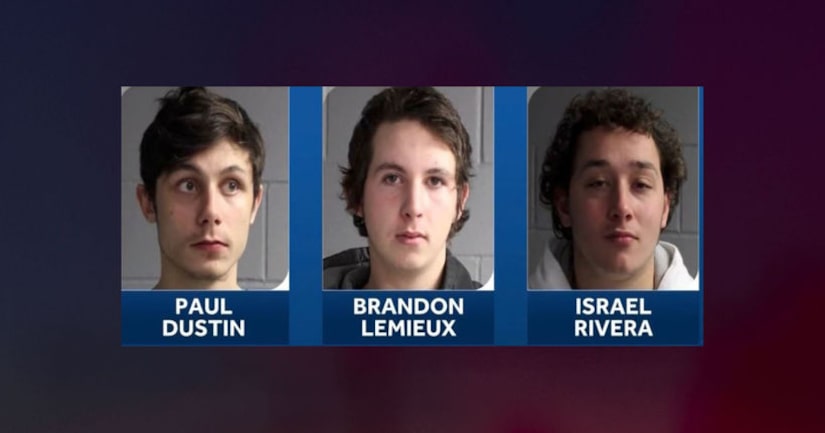 SEABROOK, N.H (WJW) -- A grand jury indicted three 19-year-olds this week after they allegedly attacked another teen with autism.

According to WMUR, police said the crime happened at someone's home and was recorded on camera by other people there.

They are all facing charges of felony criminal restraint and simple assault.

“The criminal restraint is essentially that he was held in a room for a period of two hours while individuals punched, kicked and also lit his hair on fire,” Lead Assistant Rockingham County Attorney Ryan Ollis told WMUR.

WMUR reports that the victim is 18-years-old and has a low-level autism disorder.

“The unfortunate reality is, is with violent crimes, the victims often undergo senseless violence. It's our goal to get justice for them,” Ollis said during his interview with WMUR.