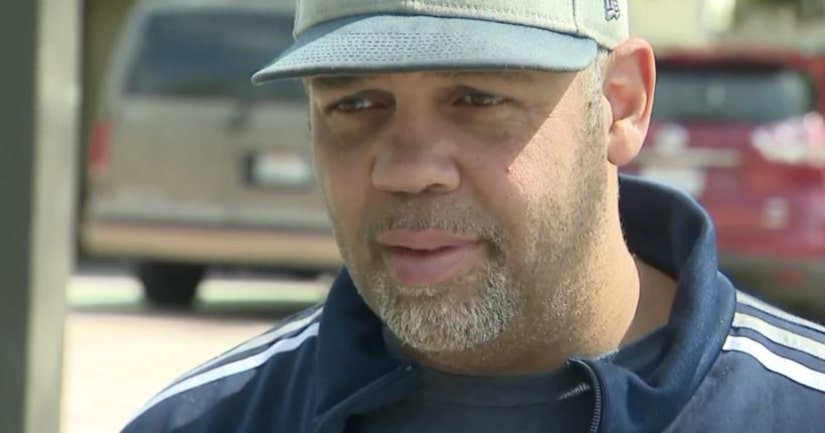 LOS ANGELES (KTLA) -- LAPD on Friday released surveillance video of a hit-and-run in Glassell Park late last year that left a father injured as detectives sought the public's help in locating the driver.

The incident took place in the early evening hours of Nov. 16, 2018, as a man and his daughter were walking in a marked crosswalk at San Fernando Road and Hallett Avenue, according to a Los Angeles Police Department news release.

The father and daughter were nearly across the street when a red, four-door vehicle -- possibly a Toyota Camry -- sped toward them, police said.

Realizing the car was not going to stop, the quick-thinking father rushed to save his child, pushing her out of the on-coming vehicle's path.

“I knew right then and there they weren't going to stop, and my daughter was the one that was in line to be hit," Michael Devore told KTLA on Friday.

He was struck by the car and landed on the sidewalk.

Devore ended up with a broken right femur. He spent the next three months in bed and was told by a specialist he may need a knee replacement.

His 11-year-old daughter, meanwhile, only had facial scratches -- but police say her injuries could have been worse had it not been for her father's actions.