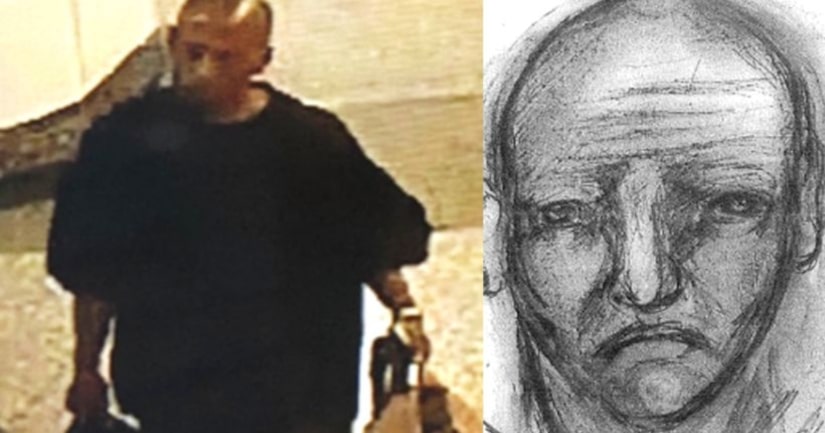 EAST HOLLYWOOD, Calif. (KTLA) -- The search continued Friday for a man being sought in connection with a vicious sexual assault at a Metro Red Line Station in East Hollywood.

On Thursday, the Los Angeles Police Department released a surveillance video image and a suspect sketch of the wanted man as they sought the public's help to track him down.

The brazen attack took place at the height of the evening rush-hour commute on March 14, at the Vermont/Sunset station located in the 1500 block of North Vermont Avenue, according to LAPD.

Police described the victim as a woman in her 60s.

Police said the victim approached the man around 6 p.m. to ask for directions. The victim was then lured into a secluded emergency exit stairwell before being raped, strangled and punched, an LAPD news release stated.

There was no immediate word on the victim's condition.

The suspect in the case is a transient who may frequent the Compton area and has been spotted before in Santa Monica, according to police.