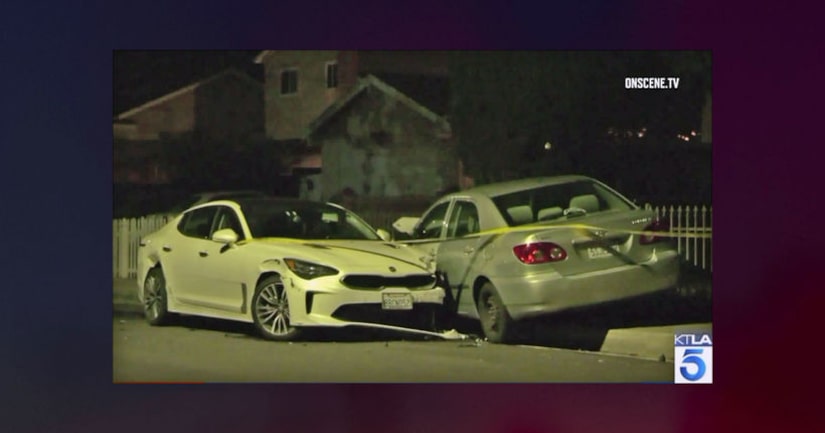 LOS ANGELES (KTLA) -- A pregnant carjacking victim was undergoing surgery Thursday to treat multiple stab wounds she suffered during an attack outside her Sunland-Tujunga area home the night before.

The woman, who was identified by her husband Greg Maga as 33-year-old Tanya, was parked in front of their home in the 10800 block of Eldora Avenue when the incident occurred about 6 p.m. Wednesday.

Three people came “absolutely out of nowhere” and asked for his wife's phone before attacking her, Maga said.

The entire exchange was captured on his home's surveillance video, which Maga did not want to release without the OK from police.

Maga's wife, who is 12 weeks pregnant with the couple's first child, suffered 10 puncture wounds in the attack, including one that runs all the way through her lungs, he said.

Tanya was transported to the hospital in critical condition but was listed as stable Thursday morning, Los Angeles Police Department Officer Kraft said. The injuries were not considered to be life threatening, Kraft said.

An ultrasound will be done when the surgery is over but for now the condition of the baby is unknown, Maga said.

The community also stepped up and helped his injured wife until emergency crews arrived. “It's a tight community and great neighborhood. People know each other,” he said.

Tanya's stolen car was later abandoned after it had crashed into several vehicles in another neighborhood.

Two people were eventually taken into custody in connection with the attack and carjacking, the Los Angeles Police Department confirmed.