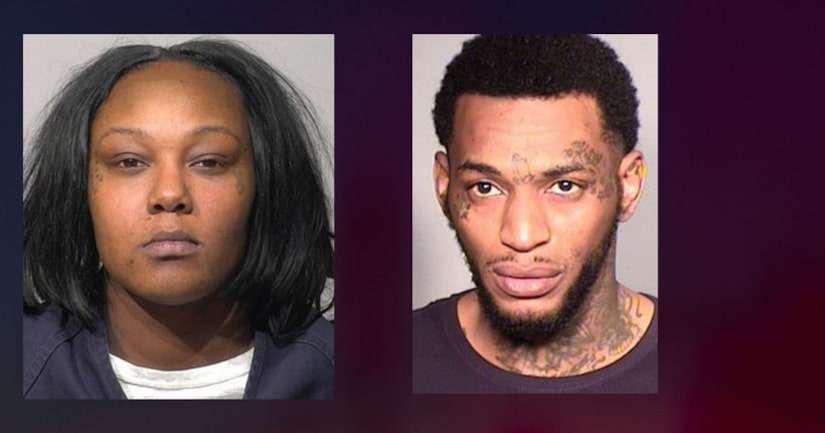 MILWAUKEE (WITI) -- A woman traveling with the man accused of killing the mother of his child in Milwaukee is charged with aiding a felon.

A criminal complaint says Deloise Lipsey was with Dariaz Higgins for several days after Sierra Robinson was fatally shot and another woman was wounded last week. The complaint says Lipsey knew about the homicide but did not contact police.

According to the criminal complaint, police interviewed Lipsey on March 16 — days after the fatal shooting of Sierra Robinson and disappearance of Noelani Robinson. She indicated she lives in Milwaukee and Las Vegas — and “decided to return to Milwaukee because that is where her family is and because she has an open case” in the city.

Ten days prior to the interview, Lipsey told police she was in Las Vegas and received a phone call from Dariaz Higgins. He “told her to fly to Minnesota to meet him.” On Friday, March 8, Lipsey arrived in Minneapolis and was picked up by Higgins and another person. The three of them drove for about an hour-and-a-half “to a city she had never been to before. She found out the next morning that she was in Austin, Minnesota.”

The complaint goes on to say Lipsey and Higgins left Austin for Minneapolis with a “black Nissan that Higgins had as a rental.” Before they left, Higgins “went to his room and got the 'trash' out of the room. She said that it was not unusual for them to take their trash from hotel rooms as they frequently have leftover drug evidence.” The complaint says Higgins put the “trash” into the tailgate area of the Nissan and they drove off.

According to the criminal complaint, Lipsey and Higgins then drove to Minneapolis. On the way, Higgins wanted Lipsey to “take a side road.” They then drove until Higgins said he had to urinate. When they pulled to the side of the road, the Nissan got stuck. Higgins “then opened the back tailgate to get rid of the trash, but another vehicle pulled up and that person helped to push the Nissan out of the snow.” Once driving again, Higgins told Lipsey to pull over a few miles later. The complaint says “Higgins then got out, opened the rear tailgate, and threw out the 'trash.'”

Higgins and Lipsey then drove to Minneapolis. But then Higgins “said that he needed to get money from Rochester,” so they drove there. Later that same night, they drove to Milwaukee.

The complaint goes on to say after being in Milwaukee for a short period, the pair got back on the road — and Lipsey received a phone call from a person she knows. The complaint says, “This person asked her where she was, and she lied to the person and said that she was alone. The person she was talking to then told her that Higgins had shot two women multiple times, killed Cherish, and taken the baby. Higgins then told her to put the phone on speaker, which she did, and she then told the person that she was okay. At this point, she was scared, but decided to play along with Higgins.”

Lipsey and Higgins then drove through Chicago toward Michigan — first Detroit and then in the Lansing area. They spent the night at a motel. After sleeping, the complaint says Lipsey needed to go to Walmart. While there, Lipsey, “asked him what he needed and he told her bleach” — which she bought for him, but did not know why he needed it.

After the visit to Walmart, the two parked behind a hotel and “were smoking marijuana, taking pills and drinking Hennessy. While doing that, the complaint says “two police cars pulled into the lot and pulled up onto them. A police officer asked her for her ID and she gave it to him. As she was doing that, another police officer asked Higgins for his ID and Higgins pulled off, leaving her behind. The other police car chased Higgins.” The officer talked to Lipsey, but the complaint says “she did not tell him that the car being chased was being driven by a murder suspect.”

During the interview with Milwaukee police, Lipsey said “she 'messed up' by not alerting somebody or notifying the police in Michigan about Higgins, and by continuing to secure hotel rooms for him after she knew he was wanted for shooting and killing the child's mother and shooting the other woman.” 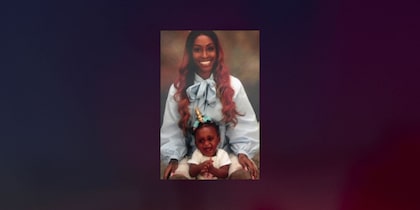 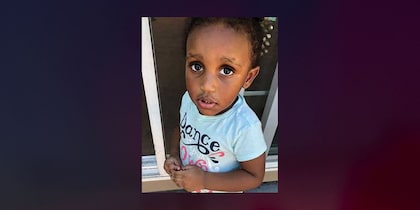